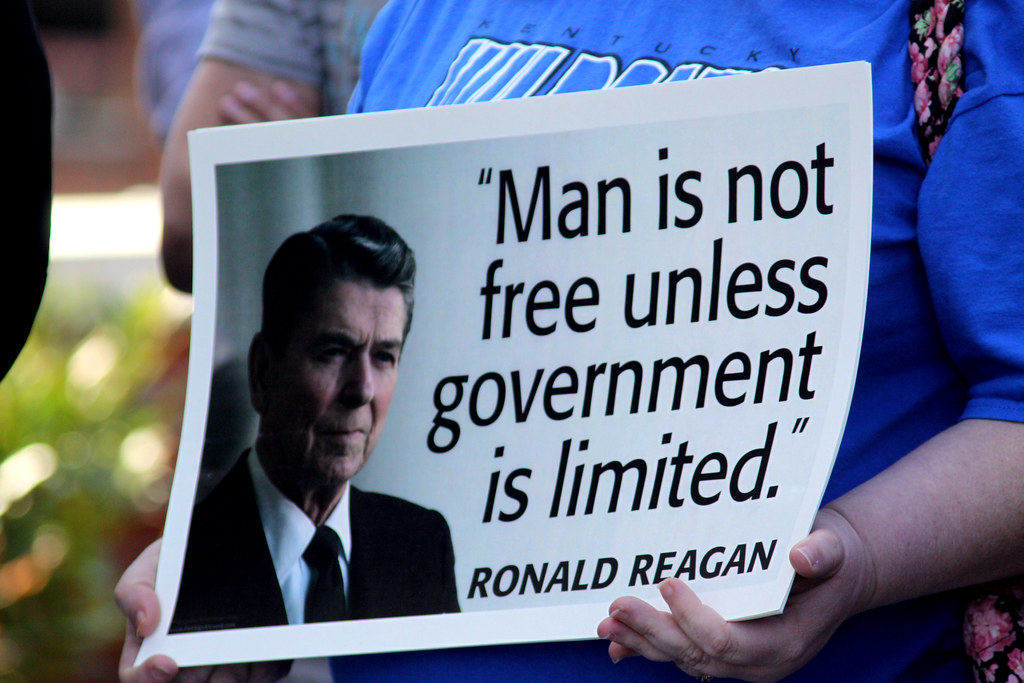 Up to two fifths of Americans describe themselves as Conservatives, and in England that number is roughly the same. The beliefs and principles that relate both the US and UK Conservatives are generally similar, yet any individual definition of what Conservatism means to each person who identifies as such would probably differ greatly. And of course, those who are not Conservative have a very different view as to what principles (if any) underlie its present incarnation.
Those on the Left (who would be happy to identify as Liberal) generally define themselves through a core set of “values”. That these are often contradictory, and in many cases at odds with other groups that describe themselves is Liberal doesn’t really matter, what is important is that when someone says ”the Liberal position” or “a Liberal cause”, the majority automatically identify.
But this is not the case with Conservatives. It doesn’t help that the term is so often used in negative or derogatory ways, because Conservatives are a very broad church.
Did you know that there are scores of tests online to find out if you are a Liberal or a Conservative (I’m not sure why anyone would really need this btw), and after having done several, I seem to fit into a group called “Moderate Conservative”.
“You scored 51% which means you are

51% Moderately conservative. You believe in personal responsibility, limited government, free markets, individual liberty, traditional American values.”
But why should I base my idea of who I am on a multiple choice quiz? My subtleties are almost infinite (not just me of course) and my opinions change as circumstances change. And something tells me that the tests are designed by people who may have a more Liberal perspective.

The Atlantic provides an interesting list of possible “beliefs” that cover a wide range. And whilst some may be more relevant than others, still gives quite a good overview (for Americans only):

And of course some of them are just plain nonsense.

So what is it at heart that really unites Conservatives all over the world? I personally identify as a Burkean Conservative (as in Edmund Burke). His philosophy is deep and wide ranging and may seem almost like home to some of you. Here’s a brief encapsulation of some of his finer points coutesy of Wikipedia:
“That meant limits on the powers of the Crown, since he found the institutions of Parliament to be better informed than commissions appointed by the executive. He favored an established church, but allowed for a degree of religious toleration.[14] Burke justified the social order on the basis of tradition: tradition represented the wisdom of the species and he valued community and social harmony over social reforms.[15] Burke was a leading theorist in his day, finding extreme idealism (either Tory or Whig) an endangerment to broader liberties, and (like Hume) rejecting abstract reason as an unsound guide for political theory.”

If we intend Conservatism of any form to survive, we must examine its roots and what it means in today’s world. We should not let the Liberals define who we are based on one catch-all word. Learn where you political ideas come from and what historical precursors they may have and be better armed to face the liberalism of the modern Liberal.

1 thought on “What is Real Conservatism, and why is it so important?”