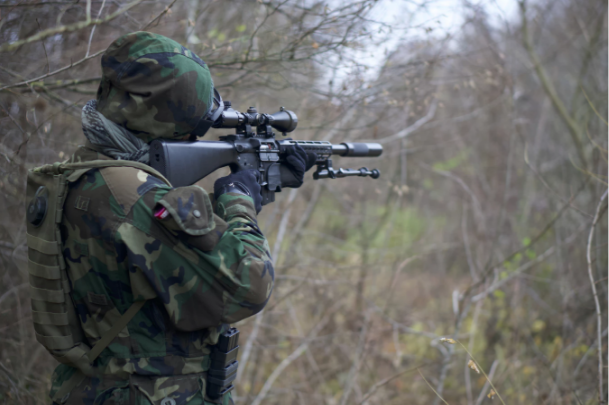 IMG Source: unsplash.com/photos/v2ogJh_Pbxg  (free to use)

Let’s face the truth- killing other animals being an intelligent animal ourselves is quite cruel. However, both death and survival are part of life and we do need food to survive well. Humans have been hunting from the very beginning of their existence to survive in this world and it is something that cannot be given up.

However, it sure can be controlled and that is exactly what the countries and their states do. Humans need to hunt a few animals not just for fun but for other purposes as well. Now, if some fun can be derived from such a difficult task, there is no reason to condemn it.

You should be aware of a number of things about hunting and hunting seasons. Apparently, hunting seasons are the seasons or the time period when it is legal to hunt a certain species. If you hunt a species when it is not the hunting season for them then you will get penalized by law.

If you are a beginner just entering the world of hunting, here is everything you need to know about hunting seasons. Or else, you may not even know what penalty you face because you did not even know why you are facing it.

Everything you need to know about Hunting Seasons: The Basics

You will come across these two terms from time to time when you are hunting:

Open Season: As you can guess, the open season means that it is time and legal to hunt a specific species during this season. For example, September to October is the open season for deer at a certain place means you won’t be penalized if you hunt them then and there.

Closed Season: Just the opposite of open season, you are prohibited to hunt the specific species during this time. For example, the rest of the year might be closed season for deers.

What is the point of hunting seasons?

What you may be thinking is that these animals are available all year round so why impose hunting seasons? This is because hunting without knowledge and rules has really created an imbalance in the environment and led to the extinction of many species. The reasons for hunting seasons are:

Control: Keeping hunting seasons gives us control over what we hunt and when. Hunting is necessary just like balance is necessary. And, controlled hunting is the key to maintaining balance.

Not use Vulnerability: There are seasons when animals are extremely weak. For example, there are times when birds cannot fly and times when a few animals barely move due to cold. In such cases, it should actually hit your moral conscience to not harm these vulnerable creatures because you can wipe out the whole species or at least the majority of it instantly.

Avoiding breeding seasons: If you are killing a certain number of animals, balance can be maintained only by recreating the same. As a result, most hunting seasons are determined based on the breeding season. The animals are allowed to live in private, making use of their breeding season without the interference of hunters who would kill both them and their future.

The Different Laws in Different Countries and States

To add to your stress, not all hunting laws are similar. This was expected because different states and countries have different seasons at the same time. Apart from that, there are rules based on the equipment you can use, gender, and more.

For example, most states require you to have a hunting license to hunt in the United States of America. On the other hand, in South East Asian countries, you can sneak in to hunt without a license and not even be penalized if you get caught.

There are many different departments in charge of these rules in different areas. For example, there are separate fish and wildlife agencies in different places, agencies for birds, etc. If you plan to hunt then check out the local laws regarding it and follow them carefully.

In fact, you will find some areas are off-limits at different times of the year as well. There is no one guide book to these laws as each state has its own set of rules with its own hunting times.

The things you need to prepare yourself with

As a beginner, you must have some things ready right before the hunting season begins. These are:

Basic knowledge: We have talked enough about rules, now is the time to know your surroundings. Find out the kind of animals you can hunt around the place and learn their behavior. Since you are the animal with the best brain, you might as well use your skills.

Train yourself: If a weapon can kill a wild animal, it sure can kill or at least injure you. This is why you cannot just take a gun, a bow or any other weapon and set out to hunt without knowing how to use it. Therefore, it is best that you learn how to hunt, especially how to use a weapon safely even before the hunting season begins.

Choose your equipment: Based on the animal you will be hunting, you will need to choose your weapon. For example, you usually hunt birds with bows or guns. Sometimes people use traps to lure animals in as well. If you are hunting from a distance, which you probably are, consider getting more equipment like scopes. For example, many people use rifle scopes to see better.

Take people with you: If it is your first time, make sure you have experienced people with you. At least take a friend as a backup for the case anything happens.

Hunting season is different for each state but here is a look into how hunting seasons can actually be. This is from the current schedule of the ‘Finger Trail Lakes’. You can hunt Wild turkey and Spring Turkey from sunrise to noon.

Yes, not only do they fix the days but the time as well. This actually makes hunting more convenient as you know when you can find the species. Then, you can bow hunt deer and bear from October 1 to some time.

This is the way you will learn about hunting seasons.

Yes, hunting does seem cruel but that is just how the world runs. Where there is good, there must be evil. But, the more controlled the evil is, the better stays the world.

And, hunting seasons and rules on them what controls the act of hunting for people. Following the rules not only saves you from penalties but also saves the environment. Even though many species have gone extinct, we still have the chance to save the rest by controlling both their death and birth. So, this was pretty much everything you need to know about hunting seasons.