Motto: I bet Madison’s original wording was: “shall not be infringed, mofo”.

“Gun violence in this country is an epidemic, and it’s an international embarrassment,” Mr. Biden said in his remarks announcing the actions. He called high rates of gun violence a “blemish on the character of our nation.”

“President Biden promised to take action on gun violence in his first 100 days in office, and today he delivered,” said former representative Gabby Giffords, who became a prominent anti-gun violence advocate after surviving a mass shooting.

“These executive actions help address a crisis that devastates communities across the country on a daily basis.”

Gabby Giffords is where we need to be getting our insights from. She literally has complete brain damage, which has opened her eyes to the need to take guns away from law-abiding whites in order to stop blacks in Chicago from shooting each other.

Biden’s rather absurd gun control announcement is a stunt designed to make it look like he is doing something about out of control violence in America.

Nothing he proposed will actually curb the epidemic levels of black crime, nor is there any plausible argument that the measures he is taking have any connection to the recent onslaught of criminal violence.

About 95% of gun deaths are from handguns, and about 85% of the shooters are black. But acknowledging that is racist. I feel like a racist even for saying it.

These measures are more to appease liberals and save face rather than a serious attempt to eliminate guns. The transnational elites running our country have long since come to the conclusion that outright gun control is a bad idea and unnecessary for their goals. Instead they simply stack ever more obscure and arcane rules about gun modifications.

Selective prosecution of political dissidents for minor gun infringements has the effect of de-politicizing gun enthusiasts on any issue other than the second amendment.

Regulations like those proposed by Biden simply give the government more tools for going after political dissidents for minor firearms infractions. They do not affect how the vast majority of people (including criminals) use and buy guns, and they will have zero effect on the catastrophic levels of black violence in America.

In case you were wondering, here’s how the leftist anti-gun agenda is going to be implemented long-term: nobody is going to show up at your door.  You will be directed to turn in your guns at a certain time and place.  If you don’t show up, your bank account and credit/debit cards will be turned off and you won’t be able to buy anything, like food etc .

A digital currency will cement this form of tyranny permanently.

And speaking of black violence, did you hear about the horrible mass shooting murder in South Carolina of renowned ER doctor Robert Lesslie and his wife, two grandchildren and a man they had working on their house? 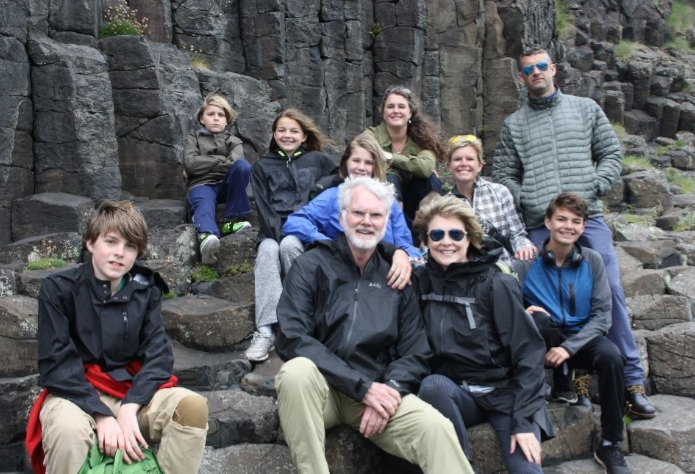 The suspect according to police is a young black male wearing a hoody and camo pants. Some reports say he has been taken into custody. This is another brutal black-on-white crime that goes far beyond anything blacks have suffered at the hands of any White person, cop or otherwise, in the last several years and long before.

And this is not even the first such crime this year. Yet white people are expected in America to apologize to blacks and take a knee before BLM activists. But no one is committing murders of entire black families other than blacks.

Who speaks for whites in all this?