How quickly things can change in the oil market. In less than two months, the oil outlook has swung from strongly bullish to decidedly bearish.

Only six weeks ago, a cross-section of analysts had forecast oil prices to remain buoyant for the remainder of the year courtesy of an expected OPEC squeeze and geopolitical turmoil in key supply locations. Some even predicted that an improving economy and Iranian sanctions could propel Brent to $100 per barrel in a matter of months.

And, now some mea culpas are in order.

Fast forward to the present and oil prices have unexpectedly cratered: Since then, Brent is trading down around 13 percent to $62.33 per barrel; while the U.S. benchmark, West Texas Intermediate (WTI), has slumped 16.3 percent to $53.17 per barrel thanks to a confluence of unfavorable factors.

Oil markets have effectively slipped into bear territory, defined as a 20 percent fall below their April peak. 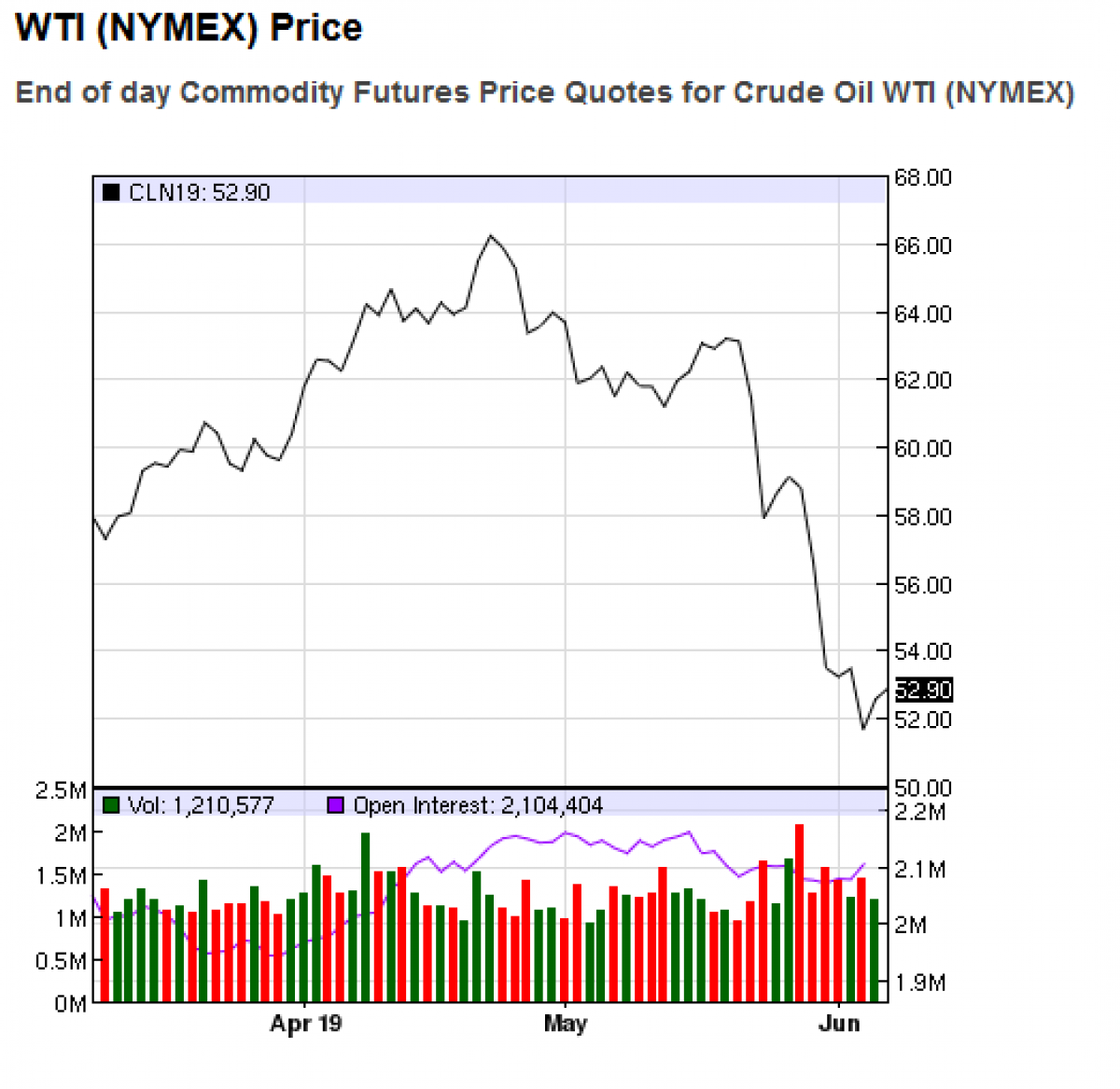 Consequently, the bearish calls are rapidly approaching a crescendo.

One of the prominent bear campers is Wall Street banker Morgan Stanley, who sees oil prices remaining depressed due to escalating trade tensions, an economic slowdown, and weaker-than-expected demand.

MS says that demand has been weakening much faster than expected, characterized by falling crack spreads amidst overall declining crude oil prices, due to a mix of both oil-related and macro-economic factors. The investment bank says that demand by major consumers including the United States, China, Japan, Australia, South Korea, Brazil, India, and Thailand has been notably weak—and those eight countries represent 48 percent of global oil demand.

MS is not the only Wall Street bear here. Bank of America Merrill Lynch says global oil demand growth is running at a six-year nadir at below 1 million bpd culminating in the ongoing sell-off.

Meanwhile, Goldman Sachs said in a note on Monday that growing macroeconomic uncertainties and surging U.S. output would offset any shortfalls wrought by sanctions in Iran and Venezuela.

You can pin some of the blame on surging U.S. production.

On Wednesday, Brent and WTI dropped to mid-January levels at $59.45 and $50.60 per barrel, respectively, after U.S. crude inventories unexpectedly surged, thus fueling fears of a global economic slowdown.

According to the Energy Information Agency (EIA), stocks of U.S. crude, gasoline, and distillates all rose last week, with analysts terming the across-the-board builds as being ‘‘very bearish.’’

Crude builds were the biggest shocker, with inventories climbing 6.8 million barrels vs. expectations for a drawdown of 849,000 barrels. That marked the highest level of inventories since July 2017 and ran 6 percent above the 5-year average for this time of the year. 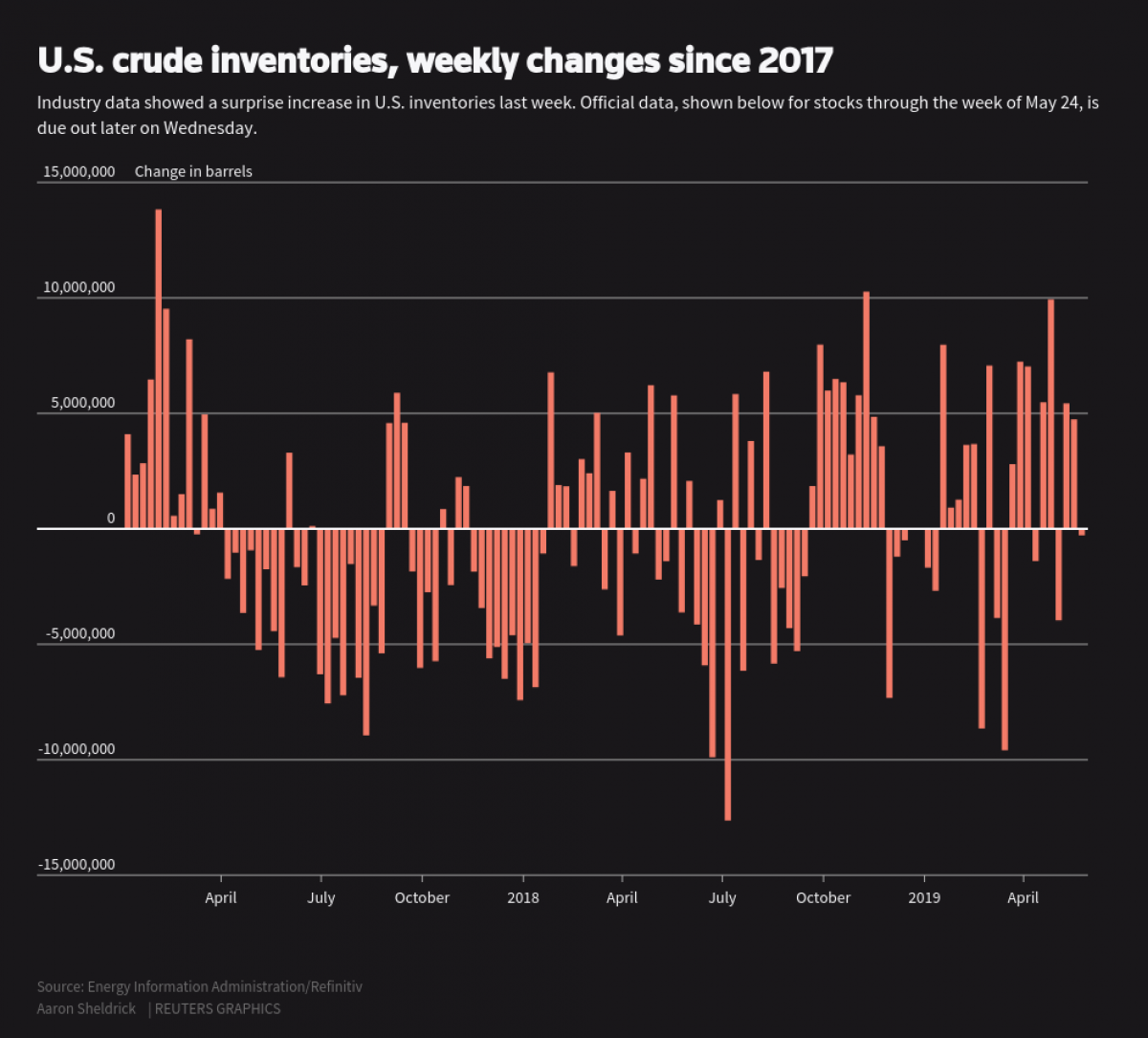 But maybe that’s exactly how President Trump wants it. Trump has repeatedly called for lower oil prices, even urging OPEC to increase production.

Yet, he might be getting his wish merely by serendipity. The oil markets have been roiled by the escalating trade war, with Trump adding the EU and Mexico to the mix last week. OPEC is hardly to blame since the cartel has mostly been meeting its quotas for production cuts since the beginning of the year and could extend the cuts when it meets later this month or the following month.Related: New Infrastructure Could Spur Gas Demand Boost In China

It’s probably going to be harder to get everybody to get behind the strategy this time around with some parties already objecting to an extension of the cuts. Notably, the head of oil giant Rosneft Igor Sechin said on Tuesday that he could seek compensation from the government if it gave the thumbs up for yet another round of cuts. Russia’s oil output clocked in at 10.87 million bpd during the first few days of June, down from May’s 11.11 million bpd clip. The decline is not a show of benevolence by Russia, but rather was caused by the mid-April discovery of contaminated Urals crude in the Druzhba pipeline that supplies Europe. 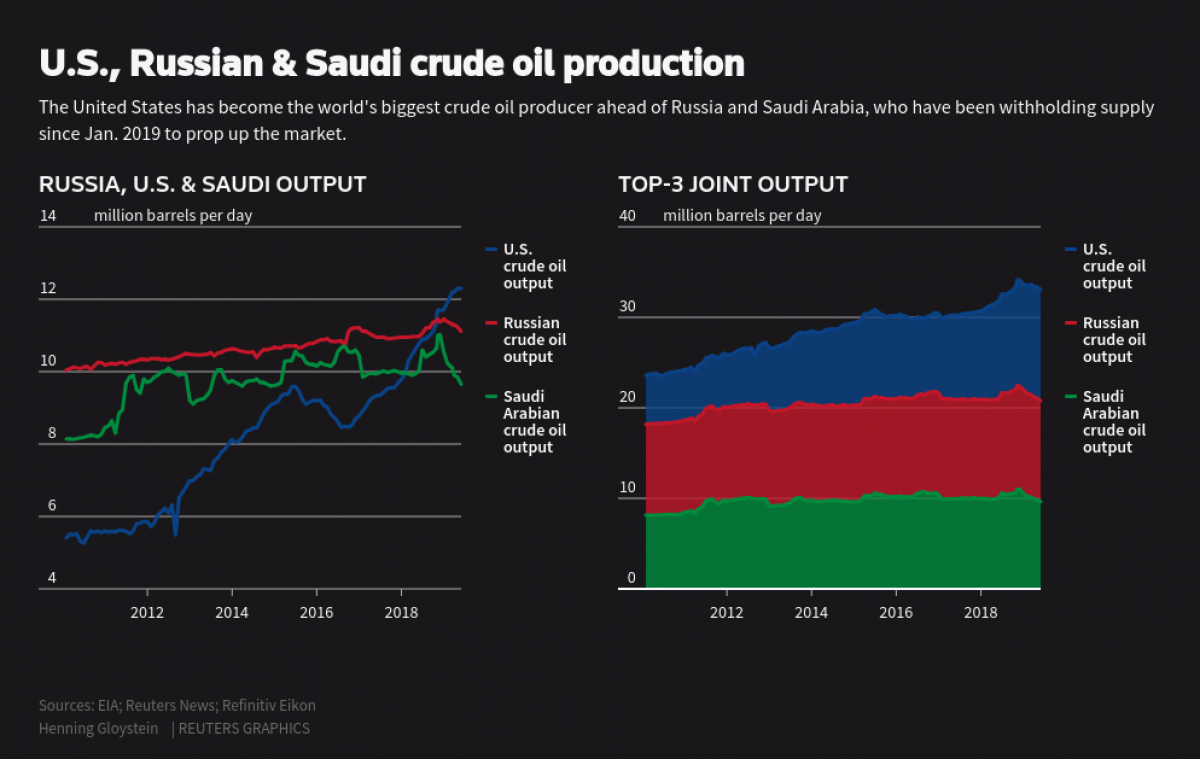