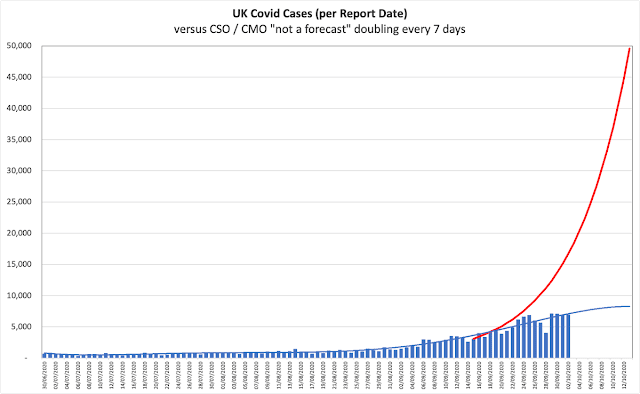 Vallance and Whitty’s ludicrous and deliberately fraudulent chart predicting 50,000 new cases and 200 deaths a day in the UK by mid October as a “plausible scenario”, has already been exposed as a fraud with their own data.
Positive PCR tests are steady at around 7,000 per day and official Covid daily deaths are steady around 60 (some of these “new” daily deaths actually occurred weeks or months ago due to delays in Death Certificate processing).
N.B. a positive PCR test is NOT a new case. Over 90% of them are false positives and most of them are from people who were infected weeks ago and have recovered, but are still shredding tiny traces of viral debris.
These asymptomatic false positive “cases”, which only register above 30 or 35 amplification cycles, should be added to the number of people who are now IMMUNE – they are not a danger to anyone but are being unnecessarily placed under House Arrest – euphemistically called “self isolation”.

Vallance and Whitty know they are committing outright fraud, destroying people’s lives and the economy, but the corrupt mainstream media and Parliament are letting them get away with it.

Fat Emperor – Ivor Cummins, on the same subject:
Exposing the UK Covid Hoax.
Hancock, Whitty and Vallance are guilty of outright fraud and should be in jail for Mass Murder.
Important short 2 minute video to explain what’s going on in UK/Ireland
– all UK people particularly might retweet this, and/or send to your influencers
– before more damage is done, based on inexplicable and unscientific thought processes…
twitter.com/FatEmperor/status/1312014606240489472 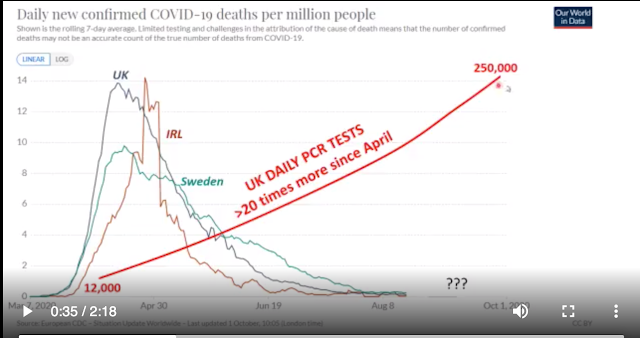 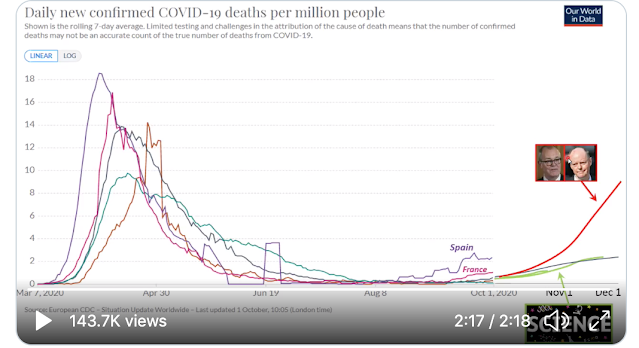 London and the South of England have reached Herd Immunity, like Sweden and New York with around 15% of the population being infected.
The rest of the country is not far behind.
It would be better to bolster Herd Immunity before the Winter Flu Season sets in, but the UK government are determined to do the exact opposite to kill more people in order to push the mass vaccination and totalitarian control agenda.
This is not about science, or protecting people’s health – this is about total domestic political control for the Davos Oligarchs “Great Reset” and “New World Order”. 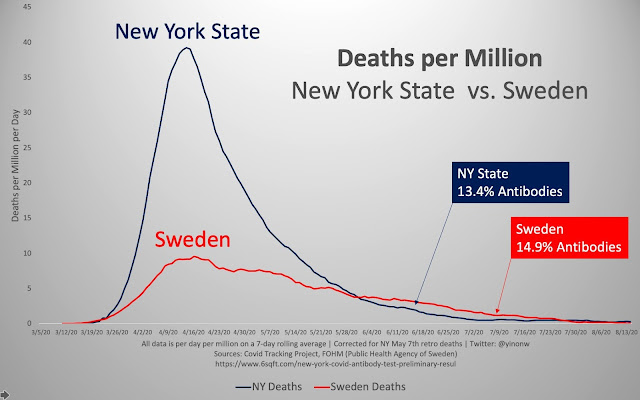 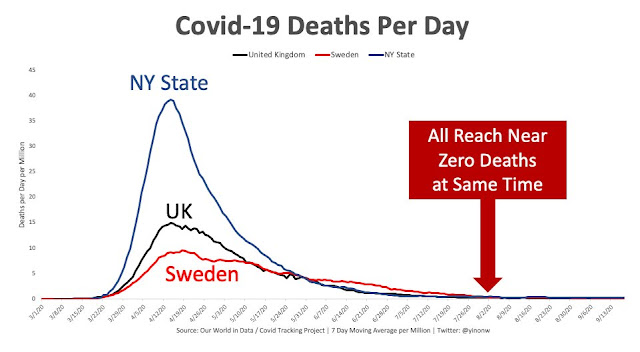