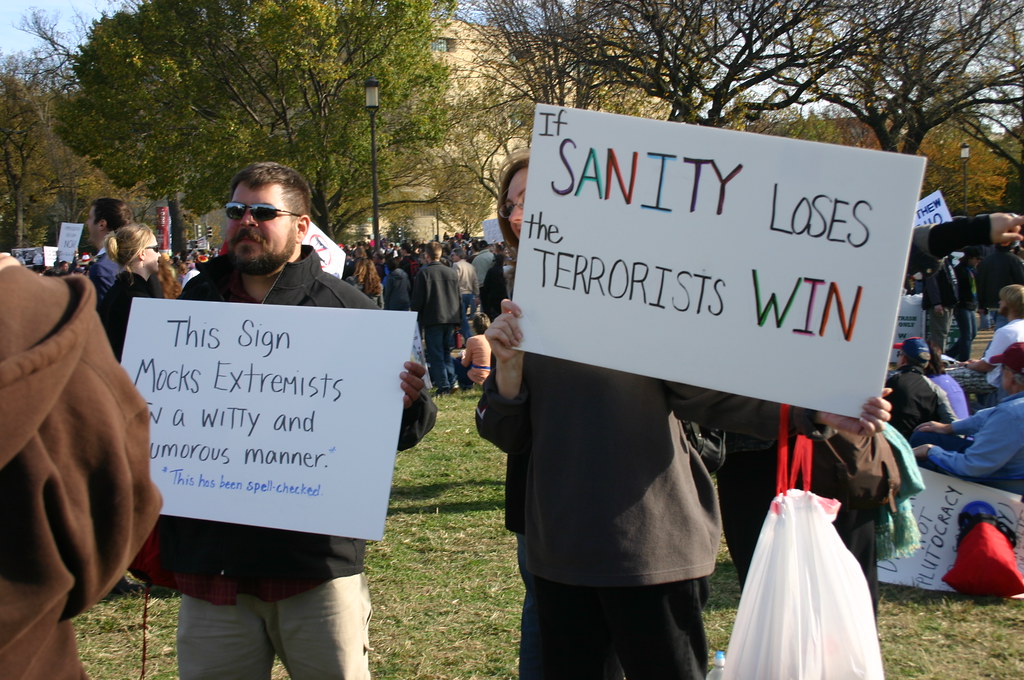 If it seems like people’s politics are diametrically opposed based on where they fall on the spectrum, it is because of messaging, not because of aims or beliefs. Should we just consider the rank and file voters (not the agenda driven extremists who all too often seem to end up in positions of power and influence), it is possible to see that our desired results are actually very similar; it is our methods of achievement that create division.
Looking in-depth at results as opposed to ideologies often shows that a common ground exists (imperfect but similar), but that it is the parties and the politicians that force/encourage us to look at each other in shocked incredulity at the other side’s idiocy and apparent inability to measure reality. And this is how they retain their power.
To give some examples:
“Build The Wall”
One of the most controversial and divisive issues during the election, and still one of the key policies being fought over. The extremists on both sides are using it as a rallying call to point out their opponents “extreme views”. The Democrats say the Republicans want to shut America off from the world and create a border that not a single soul can cross. And the Republicans are saying that the Democrats want to flood the nation with illegal migrants in order to steal elections and destroy American culture. But neither position actually represents the realities of millions of regular voters.
The fact is, almost everybody wants all immigration to be legal immigration; there may be differences in the numbers of people to be admitted and the enforcement of laws, but neither side actually want people crossing the southern border as criminals.
Gun Control
Regardless of your position on the ownership of firearms, no real people want to see kids and criminals in possession of guns, or to have access to them legally or illegally. Regular Republicans don’t want every single person to have access to guns. Regular Democrats do not want every single gun to be removed from the nation. The common ground here is safety. Nobody wants themselves or their families shot. The desired result is the same, just the methods are different. Those who lean Democrat think that if there are less guns, or stricter laws, then the likelihood of innocent people being shot will be less. And those that lean Republican think that the best way to protect themselves and their families from the illegally owned guns in the US is to be armed.
Neither group wants criminals to have access to firearms, and neither group wants illegal, untraceable guns on the streets.

If we take the time to consider what the commonality of our causes may be, we can see that the only people who really benefit from creating the division are the political class. That is why they will continue to push these stereotypes of the “Typical XYZ Voter”; to make you want to be as different from “Their Craziness” as possible. So we end up voting for extremists, and extremists are what we get.

See also  Fleeing to the Dollar because of the Delta Variant?
See also  How H.R. 4 Would Let Leftist Extremists At The DOJ Control The Entire Nation’s ElectionsHR 1 now HR 4
727 views