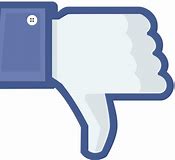 $2 trillion dollar fine. Probably would not actually reach that high but this situation is a raging dumpster fire for Facebook.

And to make matters more joyous, Facebook is now taking heavy friendly-fire from the left because they “helped Trump.” What a bunch of tards! How can they be serious with this?!

Even the brits want to summon Zuck before parliament and give him a spanking.

MP Damian Collins has asked Zuckerberg to give an account “of this catastrophic failure of process” in regards to data being given to Cambridge Analytica.

Facebook is facing an unprecedented backlash, with frustrated users banding together on Twitter under the hashtag #DeleteFacebook in protest of Facebook’s data and privacy policies. The wave of ill-feeling comes in the wake of the Cambridge Analytica scandal.

Calls for tighter regulation around user privacy and data transparency could completely upend the powerful business models around tech that have, for years, served as lucrative investment opportunities.

Increased calls for new user privacy regulations could upend the entire social media business model, and create massive ripples for other businesses that rely on that model for their own marketing efforts

Mark Zuckerberg will sell a large number of Facebook shares over the next 18 months in sales that would be worth between $6 billion and $12.8 billion based on the stock’s current price.

The company also said it would scrap a plan to create a new class of shares that would have allowed Zuckerberg to keep a majority of voting control in the company even if his actual ownership stake was far less.

Federal investigators have begun probing Facebook’s use of personal data after reports surfaced that Cambridge Analytica ‘improperly gained access to the data of more than 50 million users.’

The U.S. Federal Trade Commission is investigating whether the use of personal data from 50 million Facebook users by Cambridge Analytica violated a consent decree the tech company signed with the agency in 2011, Bloomberg reported Monday. […]

“We are aware of the issues that have been raised but cannot comment on whether we are investigating. We take any allegations of violations of our consent decrees very seriously as we did in 2012 in a privacy case involving Google,” a spokesman for the FTC said Tuesday.

A violation of the consent decree could carry a penalty of $40,000 per violation, which could mean a fine conservatively estimated to be “many millions of dollars in fines” for Facebook, The Washington Post reported over the weekend, citing a former FTC official.

“We reject any suggestion of violation of the consent decree. We respected the privacy settings that people had in place. Privacy and data protections are fundamental to every decision we make,” the social network giant said in a statement to the Washington Post over the weekend.

Facebook’s stock fell during pre-trading on reports of the probe.