“This is how Ron Chernow correctly described what was happening for New York Times’ readers on March 15, 2001:

‘Let us be clear about the magnitude of the Nasdaq collapse. The tumble has been so steep and so bloody — close to $4 trillion in market value erased in one year — that it amounts to nearly four times the carnage recorded in the October 1987 crash.’

Chernow characterized the Nasdaq stock market as a ‘lunatic control tower that directed most incoming planes to a bustling, congested airport known as the New Economy while another, depressed airport, the Old Economy, stagnated with empty runways.  The market functioned as a vast, erratic mechanism for misallocating capital across America,’ Chernow observed.

Let that sink in for a moment.  It wasn’t just that investment bankers on Wall Street were bringing to the public markets companies with the equivalent of a business plan written on the back of a napkin.  It was that all of the major investment banks on Wall Street, out of a motive of pure greed, were engaged in a mass conspiracy to misallocate capital across America – which strikes at the very heart of America’s economy and national interests…

Yesterday we got a little taste of what’s in store this time around courtesy of the Masters of the Universe on Wall Street, the majority of whom have ‘buy’ ratings on Facebook.”

It’s not just for penny stocks in deregulated, devil-take-the-hindmost markets such as these.

And proudly I did not own any Facebook, and considered myself wise, and better than the others who did.

But there was no one left to protect or care about me, when they finally came for the rest, and bailed us in.

Go back to sleep, everything will be all right. 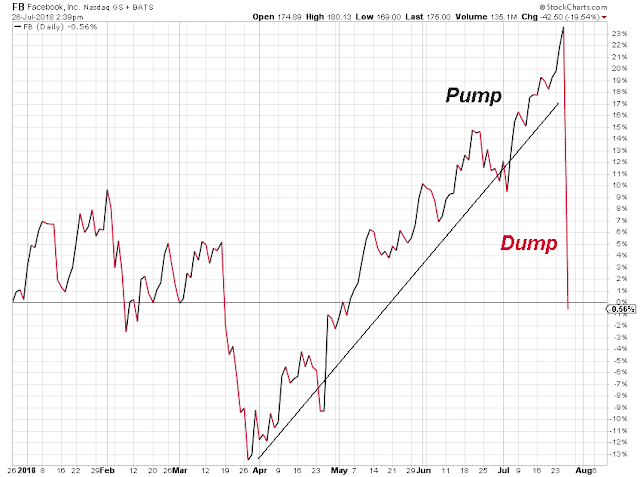