If you still felt sketchy about social media companies leaning left so hard they fall into activist territory, then buckle up. This bombshell should blow apart any doubt.

According to a recent discovery first reported on by IJR, Carol Davidson, former director of integration and media analytics for Obama for America, said Facebook found out that the campaign was utilizing Facebook in such a way that it was data mining user data by “sucking out the whole social graph.”

Essentially, this came in the form of a Facebook application that once signed up to would allow the Obama campaign to look at the user’s friend list. The campaign could then use that info to append their email list. They called this “targeted sharing.”

““It was like a guy in a garage who was thinking of taking on the biggest names in the business,” Mr. Andreessen recalled. “What he was doing shouldn’t have been possible, but we see a lot of that out here and then something clicks. He (Obama) was clearly supersmart and very entrepreneurial, a person who saw the world and the status quo as malleable.”

And as it turned out, President-elect Barack Obama was right.”

Obama does it, he’s “supersmart”. Trump does the same and Facebook stocks plummet and liberals want to burn Facebook to the ground. Hysterical.

FLASHBACK: Maxine Waters says Obama has a secret database: “The President has put in place an organization that contains a kind of database that no one has ever seen before in life…That database will have information about everything on every individual on ways that it’s never been done before.” 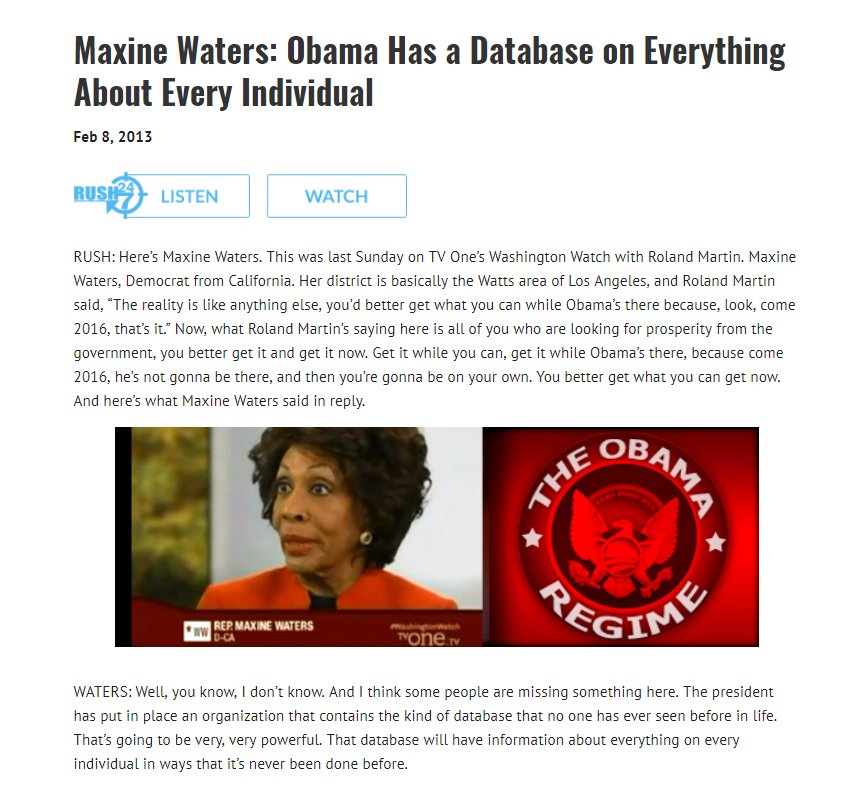