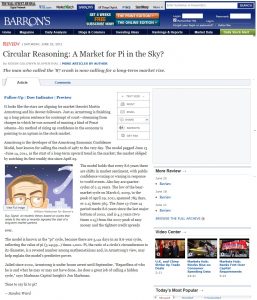 COMMENT: Martin – I just watched the documentary called “Newman” on Amazon Prime, and the story made me think of you and your trials with the government. It is about an inventor who came up with the machine that outputs several times more energy than it takes as input. It could have solved a number of our energy issues but was squashed by the powers-that-be. The inventor died an angry, distrusting, bitter man.

REPLY: In Tokyo, a man came to me with a magnetic engine. He wanted me to help him and take it public. He left me a scooter and told me to test it out. You plugged it in once and thereafter it self-generated power and did not need to be plugged in again. I was skeptical at first. I asked him why he was coming to me? He said he had been to all the top auto manufacturers and everyone wanted to buy it. He was offered $50 million and turned it down not because he wanted more, but because they wanted to shelve it so it would not see the light of day. That was another project they ensured was killed in my affair.

Make no mistake about it. There are those who lie awake at night trying to figure out a way to silence me. They do not want a computer that can forecast things they do not want the people to know. Think about it. In reality, how a politician even runs for office promising to fix the economy when we live in a world that is so interconnected. The implication of what Socrates actually does is far-reaching politically. This not about buying and selling trade recommendations. This is about fundamental change. There are those who want me silenced for they then see it as if I did not speak, then the trend would not happen. That is absurd. The CFTC accused me of manipulating the world economy because, in their distorted mind, I said the stock market would rally to new highs in 2010 when nobody else did and because I was correct, that meant more people listened to me and that is why it happened. That is really absurd. But people in power view they can lie to the public and thereby they manipulate the future so they applied the same theory to me.

When Barron’s reported that forecast of new high back 2010, they published it as a joke. They never again reported our forecasts and they certainly never called to even ask why was it correct. There is so much fake news you will never see the truth. Take Bloomberg. Why will they never publish real articles on corruption and how the banks walk on water never prosecuted? When the bulk of their clients are the institutions who buy their terminals, it would not make good business sense to talk negatively about the people who you rely on for your income.

This is the sad state of fake news. They will NEVER speak ill of the system. It will never happen. They are NOT there to tell you the truth. They are there to sell you advertising. Not one major news organization has dared to even discuss what Socrates does. They will never tell the world there is a computer actually writing original research on over 1,000 instruments worldwide every day.