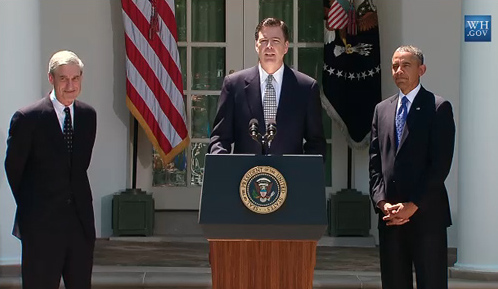 After a year of investigations into the sheer criminality of the former Secretary of State and presidential candidate, Hillary Clinton, the FBI has decided not to not turn over files related to its investigation because they say there is a “lack of public interest in the matter.”
This is the most disingenuous, false betrayal they have yet committed. There are quite literally millions of people in the US alone that are desperate to get to the bottom of the corrupt pit left in Hillary’s wake. How can they say there is a lack of public interest where even now people chant “Locke Her Up!” at the drop of a MAGA hat?
The documents relating to the investigation were requested by Ty Clevenger, an attorney in New York City, who filed a FOI Request back in March 2016 referencing the Clinton email investigation. But according to Fox News: the head of the FBI’s Records Management Division told Clevenger that the bureau has “determined you have not sufficiently demonstrated that the public’s interest in disclosure outweighs personal privacy interests of the subject.”
Are the FBI trying to say that there are physically not enough people to create a fuss about this and therefore it is not in their “time” interest to bother doing it, or are they saying something far more nefarious?
Is the FBI, in fact, letting Clevenger know that the damage done by the release of this information would be so great that it is not in the “public interest” to release it to him? Either way, the FBI is a government organization, and as such work directly for the people of the United States…Or we all want to know!
Even people who supported Hillary Clinton want a conclusive end to this investigation, even if it is only to say “we backed the right horse” and put an end to the rumors that have debilitated her candidacy. And then there are the folk who are already convinced that she was lying and cheating, they want her brought to justice. So who does it benefit not to cooperate and carry on the investigation? The DNC.
Since President Trump’s inauguration, in conjunction with the MSM, the left have thrown everything they can at Trump, and yet very little has stuck. But it could be enough to make him lose the supermajorities. But if the investigation goes ahead normally, it would likely be concluded about the same time people start campaigning for 2018, and if she is guilty, there goes any chance of clawing back power.

14 thoughts on “FBI Shuts Down Hillary Investigation – The Reason they Give is a Disgrace!”