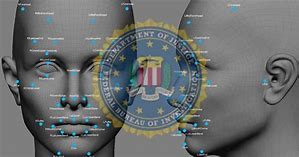 The bureau has largely ignored the Government Accountability Office’s concerns about its use of facial recognition in criminal investigations.

The FBI still has not assessed whether its facial recognition systems meet privacy and accuracy standards nearly three years after a congressional watchdog—the Government Accountability Office—raised multiple concerns about the bureau’s use of the tech.

Since 2015, the FBI and other law enforcement agencies have used the Next Generation Identification-Interstate Photo System, which uses facial recognition software to link potential suspects to crimes, pulling from a database of more than 30 million mugshots and other photos.

In May 2016, the Government Accountability Office recommended the FBI establish checks to ensure the software adhered to the Justice Department’s privacy and accuracy standards, but according to a report published Wednesday, the bureau has yet to implement any of the six proposed policy changes.

GAO added every measure to the Justice Department’s list of “priority open recommendations,” though DOJ officials previously disputed whether four of the six policies are necessary.

“By addressing these issues, DOJ would have reasonable assurance that their [facial recognition] technology provides accurate information that helps enhance, rather than hinder, criminal investigations,” Gretta Goodwin, GAO’s director of justice and law enforcement issues, told Nextgov. “Even more, DOJ would help ensure that it is sufficiently protecting the privacy and civil liberties of U.S. citizens.”

The New York Metropolitan Transportation Authority has denied suggestions that it’s putting facial recognition cameras in the subway, saying that a trick designed to scare fare-dodgers was misinterpreted. “There is no capability to recognize or identify individuals and absolutely no plan” to do so with NYC subway cameras, says MTA spokesperson Maxwell Young.

Young was responding to a photo taken in the Times Square subway station by New York Times analyst Alice Fung, which shows a prominently placed monitor with the words “RECORDING IN PROGRESS” and “Please Pay Your Fare” superimposed on a video feed. “Hey @MTA, who are you sharing the recordings with?” Fung asked.

Hey @MTA, who are you sharing the recordings with? pic.twitter.com/OwoccLxBmB