You cant make it up if you tried

Here’s a picture of the 2 tweets

Visible for all the World to see the lies of the left. Just look at it, like it & share it. pic.twitter.com/sHsQSA8vYB 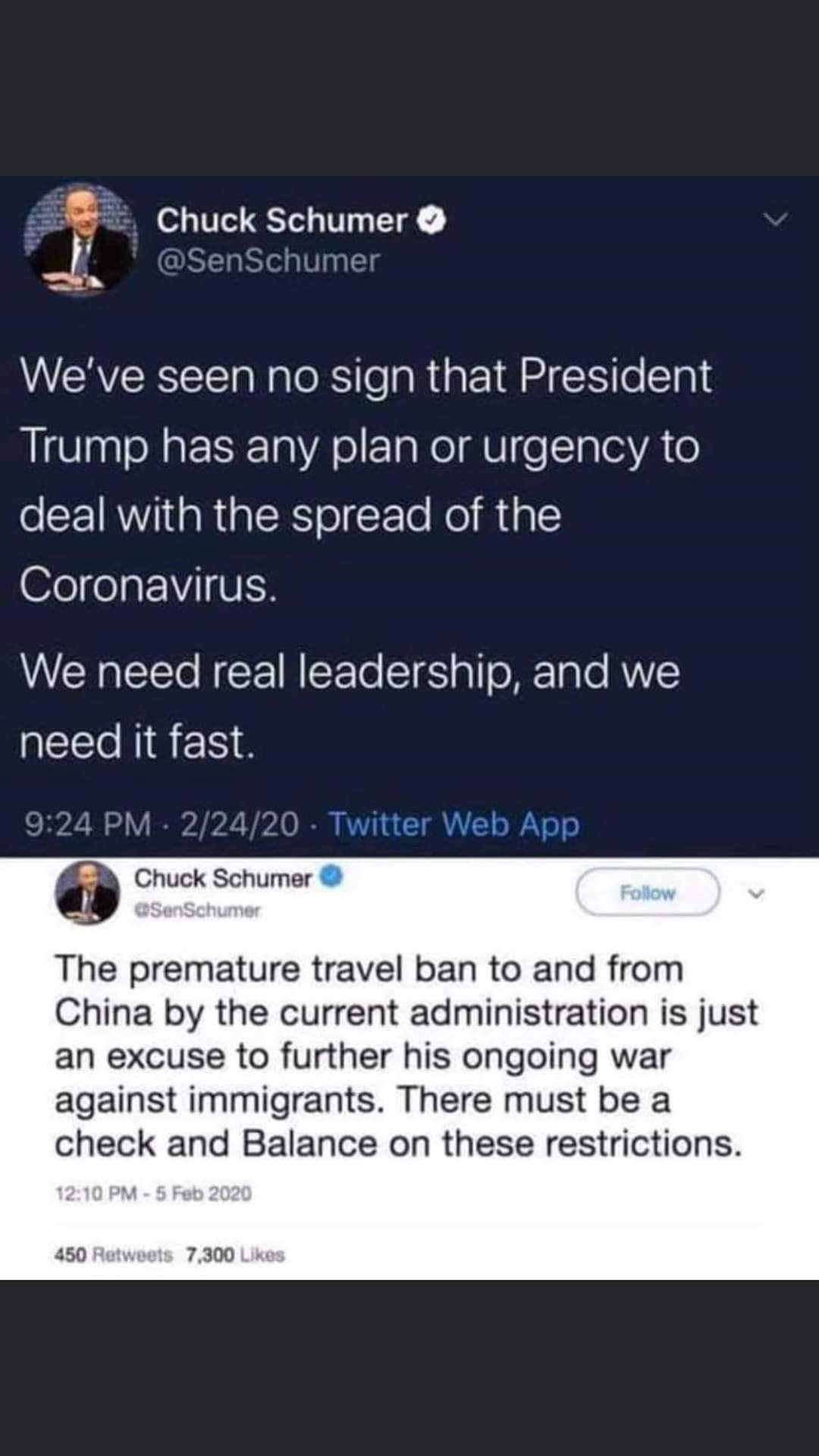 Schumer said this back in January.

READ  New Impeachment NOT About Riots, About Stopping Trump Run in 2024

He said that there were already millions available to the CDC.

Now he denies that, and he stood against President Trump when the travel bans were put into place. Schumer was trying to act like it was under control back then…when he realizes it can’t be contained…he blames the POTUS.

Almost looks like he was trying to use scare tactics even back then.