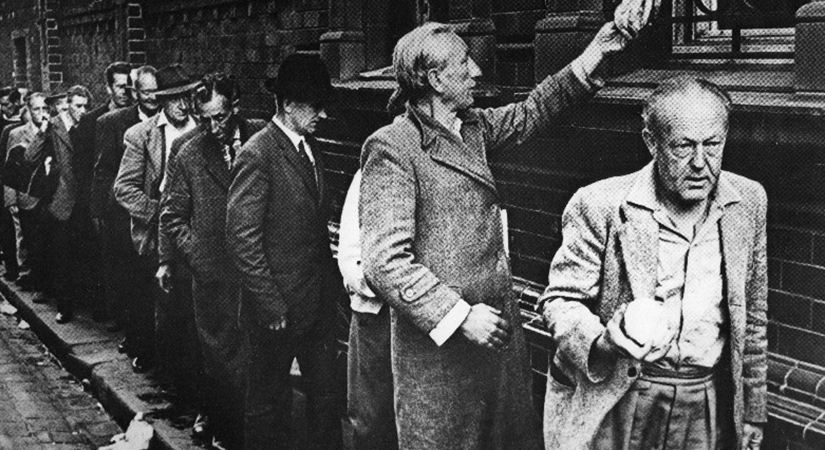 When Powell’s Fed aligned on the idea that increasing interest rates will begin to ease inflation, Wall Street was their first target.

Lest we forget, the stock market is not the economy. So let’s turn our attention away from Wall Street.

One of the most reliable signals of economic trouble, Treasury yield curve, has been inverted for weeks. Historically, this has warned the U.S. will fall into recession (at best) imminently.

The Treasury market isn’t the economy, either… So what can we examine that’s broadly representative of the working economy?

Gross Domestic Product (GDP) is the sum of all goods and services produced nationwide. It’s essentially the measure of every productive economic activity. So how’s that look? Well, U.S. GDP officially turned negative for two quarters in a row. That’s a clear case that the U.S. is already in a recession. In fact, it’s the working definition of economic recession.

Even so, it’s not officially a recession until eight economists at the National Bureau of Economic Research (NBER) say so.

I expect that announcement to come pretty soon… In fact, it’s been 75 years since the last time negative GDP like this wasn’t associated with a full blown economic recession, according to Charlie Bilello:

Regardless of whether the NBER declares this to be an "official" recession, for many it has felt like a recession for months, with wages not keeping pace with inflation and consumer sentiment plummeting to all-time lows. pic.twitter.com/CsxFxo1H2x

Yes, this is all a lot of bad news.

But don’t worry! Despite all the gloom, everything’s going exactly to plan.

This is just the beginning of the Fed’s “soft landing”

Remember, the Fed is trying to cool off the economy enough to drive inflation below 2%. They hope this is possible by slowly cranking up interest rates and gradually siphoning away the $8.8 trillion extra dollars circulating through the economy without breaking anything.

So how’s that going?

Raphael Bostic, the president of the Federal Reserve Bank of Atlanta, appeared on CBS’ “Face The Nation” Sunday morning with a continued commitment to the 2% inflation target and a cautiously optimistic outlook on the path to get there… Bostic believes that the Federal Reserve can achieve its goal of 2% inflation without severely damaging the economy.

“Without severely damaging the economy” qualifies as optimism?

Strategists at JP Morgan and Co. agreed with Bostic, suggesting a “soft landing is more likely than a recession” earlier this month.

Rounding out our tiny slice of soft landing market optimism is Deputy U.S. Treasury Secretary Wally Adeyemo, who told America on September 28 that:

The Biden administration feels confident about the U.S. economy going forward and that it is possible to bring down inflation while maintaining growth. We come into this moment from a position of strength, and consumer and corporate balance sheets are in good shape.

Optimism from a senior Fed official, stock bulls and a member of the Biden administration? Well, obviously.

Unfortunately for the optimists, however, it doesn’t look like recovering from years of pandemic money-printing and multi-trillion-dollar budget deficits will be easy.

You’ll have a positive federal funds rate [that] could be 1% or so.

He had to specify “positive” because the current fed funds rate of 3% is well below the Fed’s preferred measure of inflation, the Core Personal Consumption Expenditures price index (core PCE). This metric excludes food and energy prices. The Fed says that’s because food and energy prices are volatile, so core PCE is a more stable measurement of long-term prices. If only we didn’t eat, or drive, or use electricity to power our homes, core PCE would also be a useful metric for real people to use.

Regardless, that’s the number Powell watches.

The latest core PCE reading is 4.9%. With the fed funds rate at 3%, that leaves the after-inflation federal funds rate at negative 1.9%.

That indicates a terminal rate of 5.9% which means we’re only halfway through the series of rate hikes Powell thinks the economy requires.

Since the first rate hike back in March, the S&P 500 has lost over 18% of its value — $6 trillion dollars have vanished. Ten-year Treasury bonds have lost almost 8%.

And this isn’t the end – not even close! This is at best halfway through the Fed’s tightening cycle.

Everyone’s wondering when the pain will stop

Last week already had investors “bracing for more pain ahead,” and according to a recent article, confidence is wavering. Sam Stovall, chief investment strategist at CFRA research, put it well:

These are uncharted waters. The market right now is going through a crisis of confidence.

According to CNBC’s live update on September 29th, there isn’t much room for optimism: “Traders are getting increasingly pessimistic, as shown by Thursday’s sell-off, said Adam Crisafulli of Vital Knowledge. ‘The gloom is back, and it’s even worse than ever,’ Crisafulli said in a note.”

There’s no way for the Fed to lower inflation without forcing everyone from Fortune 500 CEOs to everyday American families to make some tough choices.

And remember, this is the soft landing.

The good news is, if the Fed’s able to pull this off as expected, inflation will be back to normal. The bad news is everything else.

If you’re saving for retirement, you might want to reconsider how your savings are allocated. Both stocks and bonds are way down so far this year – and we’re only halfway through the Fed’s planned rate hikes.

Looking for a safe haven in turbulent markets?

If you’re asking yourself “How long will my retirement savings last?” then you’re not alone. That’s one reason why financial planning for retirement is critically important.

With a lot of the most common investment options (even a 401k) looking more risky, perhaps it’s a good time to consider some so-called investment alternatives like physical precious metals? There’s a reason gold has been considered a safe haven during even the most tumultuous times.

Now is a good time to learn how diversifying your savings with precious metals like gold and silver could create a more stable foundation for your future. It only takes a few minutes, and it could save you countless hours of regret.