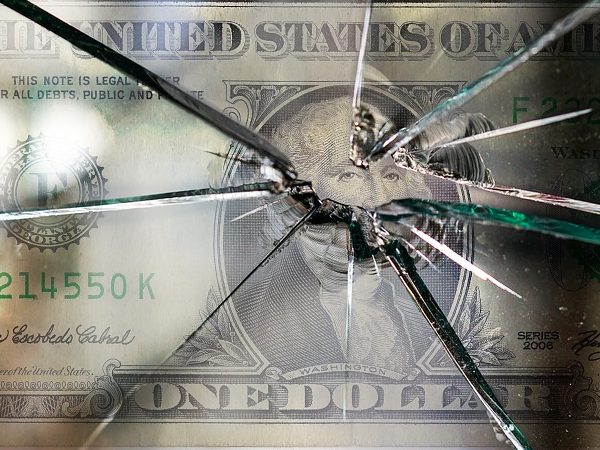 According to “big economic players” cited in the Fed’s Financial Stability Report (FSR) from November 15, trade frictions are the highest risk to the U.S. economy.

We have reported on that grave risk several times this year, so it’s somewhat old news. But what’s truly alarming is what the Fed’s report identified as the second-highest risk to the U.S. economy…

The Fed fears that “reversal rates” may be settling in.

Wolf Richter explains what these rates are in layman’s terms:

“Reversal rates” is the term for a situation where interest rates are so low that they’re doing more harm than good to the overall economy, and that lowering rates further will screw up the economy rather than boost it.

In discussions about other central banks having already adopted radical monetary policy like negative rates, some Federal Reserve “contacts” think that they are suffering negative effects:

The second most widely cited risk centered on the efficacy of U.S. and other advanced-economy monetary policies.[…] Relatedly, some contacts argued that select foreign central banks with negative policy rates were either close to or beyond reversal rates, which are the rates at which the negative effects of incremental easing—for example, weaker profitability of financial institutions or higher precautionary savings from retirees—might offset positive growth impulses.

So the Fed may be right, and the U.S. could be close to “reversal rates.” The excessively risky debt, plus the Fed’s already low rates, could represent a “one-two” punch that puts banks in a terrible situation. Terrible for the economy, too.

The Dow currently sits around 28,000, giving the appearance that all is well. But it could come crashing down at any time, especially given the concerns of the Fed.

Which begs the question: What might the Federal Reserve do to avoid a catastrophe?

In terms of the policy tools the Federal Reserve might use to try to minimize the risk of “reversal rates,” the recent FOMC meeting minutes provide a clue:

In considering policy tools that the Federal Reserve had not used in the recent past, participants discussed the benefits and costs of using balance sheet tools to cap rates on short- or long-maturity Treasury securities through open market operations as necessary.

Other tools mentioned included capping long-term interest rates on business and household spending, but FOMC members didn’t seem to like that option.

It appears that the idea of negative rates is off the table for now though, as the FOMC minutes stated, “All participants judged that negative interest rates currently did not appear to be an attractive monetary policy tool in the United States.”

The main reason given for this line of thinking was that the U.S. economy is “different from those in countries that implemented negative interest rate policies.” Participants were worried negative rates may have adverse effects in the U.S., like “introducing significant complexity or distortions to the financial system.”

In other words, the seemingly confused Fed is clamoring to regain control of monetary policy by controlling rates, but doesn’t want to make an already-complex problem worse.

The “distortions” the Fed is concerned about may happen anyway, because as Wolf Richter points out, when pushing rates lower no longer benefits the economy, “This is the point where ‘reversal rates’ set in.”

So it may be a good thing the U.S. won’t be implementing negative rates, at least for now. After all, Wolf Richter points out in another article that in Europe, negative rates are “coming under increasingly heavy criticism for the damage that they do, including to the banking system and pension funds.”

But the Fed has cut rates three times already, and who knows if that has even helped the situation? The recent repo rate snafu shows otherwise.

Raising rates hasn’t worked. Lowering rates hasn’t seemed to work either. So Powell could be close to the point where he may have to consider a radical move like implementing negative rates. (And with what is happening in Europe, we already know where his decision could lead U.S. banks.)

Prepare for the U.S. Economy to Sink (But Hope for the Best)

While this new “reversal rate” scenario plays itself out, you can certainly hope for the best, but it’s always wise to prepare for the worst.

Moving some of your funds into assets like physical gold and silver can be a smart move to protect your retirement in case this whole situation gets worse.