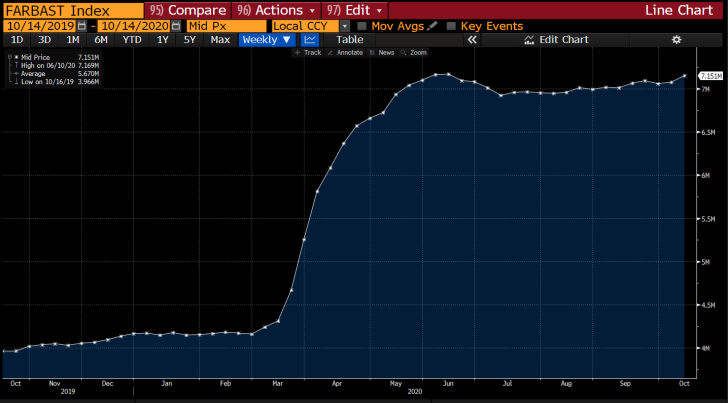 Lisa Abramowicz, a reporter at Bloomberg, says that the Federal Reserve is building up its assets again. According to her information, the jump in the volume of Fed reserve amounted to almost $77 billion, which is the largest increase since May. Of course, even such big numbers are insignificant  in comparison to the incredible growth in the first half of 2020, when the most assets and measures were taken to deal with the beginning of the crisis.

Besides, in the 12 years since the 2008 economic crisis, the Fed’s budget has grown by more than 7 times. At the same time, it is remarkable, that the leap in 2020 was the most tangible and significant.

According to the Federal Reserve’s official site, the main catalysts of the increase in the balance are the purchase of bonds of private companies and treasuries. This is a stimulus measure to support the US economy, which is in crisis due to the coronavirus.