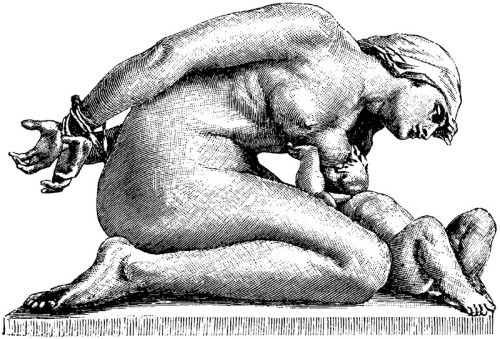 Buying securities outright is called “monetizing the debt” because the Fed creates money out of thin air in order to buy US treasuries as a way of funding the government’s debt.

And, since September 11, 2019 … the Fed has added $341.4 billion to its holding of US government securities [and] … has also let $98.1 billion run off from its holdings of mortgage-backed securities. The net impact on the Fed’s balance sheet was a $243.3 billion rise in the total securities portfolio.

So, the Fed has added a quarter of a trillion dollars to its securities portfolio since the Repo Crisis began. If you add all of the repos the Fed is continuously rolling over, it has injected a total of half a trillion dollars into the monetary system, as I pointed out with a graph in my last post, to mitigate the damage of the Repocalypse.

Since that $113.7 billion covers only a one-and-a-half-month period, the Fed will have bought $151.6 billion in securities over the course of two months if it continues at that rate through the end of February. That will mean it is creating new money at a rate of $75 billion a month for securities purchases alone! That is almost the same as the $80 billion a month the Fed added to the economy back in the days of its full-on quantitative easing.

It is, at the same time, trying to appear that it is pulling some money out by slowly reducing the number of term repos that it is rolling over (by about $5 billion a month). That, as I will show is a mirage. Even if it were not, a net $70 billion being added into the economy each month is close to the Fed’s original QE rate, and the reduction in repos has actually resulted in repos now being continually and grossly oversubscribed as also shown in a graph by Zero Hedge in my last post:

Here is the Fed fakery

Since January 1st, the Fed has reduced the amount of total repurchase agreements it is rolling over on its balance sheet by $91.2 billion. However, it has also reduced the amount of reverserepurchase agreements by $112.9 billion. While the Fed uses repos to temporarily add money to the monetary system, it uses reverse repos to temporarily take money out, which means the change in reverse repos has more than offset the Fed’s recent reduction in repos. So, consider those a wash. In other words, the Fed’s recent reduction in repos (money added into the system) is just a smoke screen because the Fed is more than offsetting it on the other end of it books.

And here is how the Fed is monetizing the US debt

The interesting thing, to me, about this runoff is that the General Account of the US Treasury Department increased by $220.7 billion during the same time period…. When the Treasury Department moves funds to its General Account at the Fed, that removes reserves from the commercial banking system. When the Federal Reserve adds securities to its portfolio, it adds reserves to the banking system. To have these two accounts move such large amounts is unusual in normal times, but to have the amounts be so close in volume to one another makes one wonder whether or not the two movements were in some way tied together.

As I revealed in my last Patron Post, that passthrough is happening with virtually no lag time, and it may even be the Fed is creating the money in its member bank accounts nanoseconds before the banks actually settle their treasury purchases with the government. It appears the dealer banks, through which the government issues its bonds, have never even had to settle with their own money, making the Fed’s funding a direct shot through the banks to the government. (The passthrough is so tight on the Fed’s public books you cannot tell which happens first — the member banks’ settlement with the US government on treasury purchases, or the Fed’s creation of new money in those banks’ reserve accounts as the Fed takes ownership of the treasuries.)

Monetization of the government’s debt, as I’ve mentioned many times, is illegal, but no one in government or in the financial media cares. Nor apparently does most of the US populace.

So close to the light, yet so in the dark

Even the writer of this quoted article comes so close to seeing the light, and then misses it entirely:

Is there something that is going on in the effort to resolve the whole problem that arose in the “repo” disturbance? We don’t know, but the effort of the Fed to support the build up in the General Account seems to be very intentional…. We need to keep our ears open to learn what it is that Federal Reserve officials are doing.

Those who have access to my Patron Posts already know exactly what the Fed is doing (even to the point of who it is bailing out). And, whether one knows exactly or not, they should be able to see the connection better than this:

Given how they handled the “repo” situation in the fall, one expects that the Fed actions are very reasonable and meant to keep financial markets calm and quiet…. Conclusion: The Fed is still on top of things, financial markets remain calm, and international monies continue to have high trust in the United States. What more can we ask for at this time?

Ah, the beautiful Fed — keeping markets calm for all of us by illegally monetizing the US debt! How easy it is to beguile people into trusting that you are doing the right thing in their best interest for the right reason when they want to believe. That’s how “economic denial” works: we believe because we want to (because we are afraid not to). So, we do not question the authorities who are providing exactly what we we want and think we need nor pay attention to the few who do. All that matters is that the milk keeps flowing.

Indeed, what more can we ask for than markets calmed with QE forever? Of course, the financial media does not want to look into that because why would you risk doing anything that might spoil the fun by bringing unrest to the sleeping child?

Moreover, since the Fed is now engaging in QE at the same rapid clip it did under QE3, we should not be surprised that its bold rescue effort has somewhat forestalled the recession that was beginning last summer — especially since the Fed also made three interest rate cuts over the past seven months, which is the same number of cuts it made in that much time during 2008 to help get us out of the second-worst recession in US history.

While the present cuts to the Fed’s targeted interest rate were each only about a third to half as large as the size of each emergency cut back in 2008, the cuts back in 2008 were not accompanied by any quantitative easing. QE did not start happening until December of that year. So, really, the combination of interest cuts and quantitative easing over the last seven months has been as intensive as the boldest efforts seen over the same length of time during the Great Recession because the Fed was done with interest cuts by the end of 2008 just as it started its first round of QE.

And, yet, the world sleeps. All is calm, especially the happily nursed stock market. The entire world even believes the president of the United States when he says in his State of the Union address that the economy is very strong. Even his critics allow that that much is true. Sure it is! Because emergency recovery efforts as extreme as those seen during the worst phase of the Great Recession are sure signs of a strong and vibrant economy!

And, yet, the world sleeps in its cradle as the Fed nurses Wall Street with the warm, sweet milk of government debt. The blissful market is well Fed. All is happy and calm. What more can we ask for?