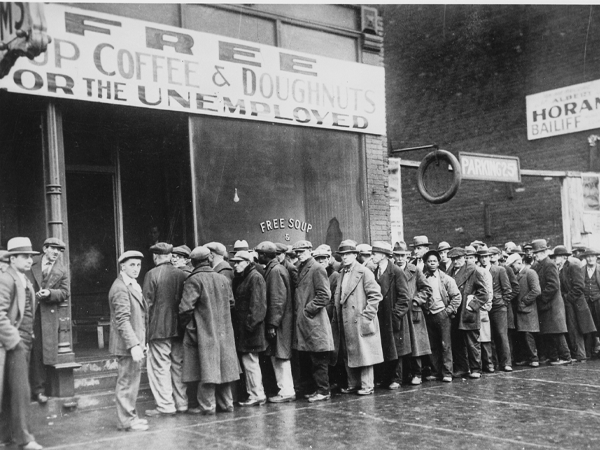 Photo by Wikimedia.org| CC BY | Photoshopped

The Federal Reserve appears to have pulled out all the stops to try calm the recent whipsawing in the financial markets.

According to a recent Federal Open Market Committee statement, the Fed “is committed to using its full range of tools to support households, businesses, and the U.S. economy overall in this challenging time.”

The statement, issued on March 23, also said, “It has become clear that our economy will face severe disruptions.”

This is odd because the U.S. economy, which seems to be increasingly dependent on the Fed, has already faced disruptions within the last two years. The historic crash that started last month and subsequent major fluctuations in the Dow are also disruptions.

So, if Fed Chair Jerome Powell means we have even more “disruption” on the way, that would definitely be something to prepare for.

The problem is, the Fed may be out of answers after it starts to increase its balance sheet at an accelerated pace in stated efforts to use “its full range of authorities to provide powerful support for the flow of credit to American families and businesses.”

Laying out some of the specifics, the Fed’s plan includes the following:

The Fed said it would buy assets “in the amounts needed” to support smooth market functioning and effective transmission of monetary policy. The Fed had previously set a $700 billion limit for asset purchases.

In addition, the Fed announced several new lending programs worth $300 billion to support all corners of the financial markets.

“The Fed is wasting no time… to ensure that the current liquidity crisis does not morph into something more deleterious like a credit crisis,” said Ian Pollick, an analyst with CIBC.

READ  Is the Great Deplatforming of 2021 an Assault on Free Speech?

Clearly, no potential tool in the Fed’s arsenal is out of bounds. A headline on Breitbart reflects this desperation: “Fed Promises Unlimited QE, Corporate Bond Buying, Muni Buying, and Main Street Credit.”

With this in mind, what could be the fallout of these frenzied actions? The answer has the potential to be something Americans haven’t experienced before.

The ability to invest during an economic downturn like this is a luxury. Obviously, it’s recommended you have the funds to be able to do so, while mitigating risk.

The Fed is trying to save this system of economic cycles, which rises and corrects over and over again.

But according to an article in the Wall Street Journal, that system may encounter a different type of correction:

“In the 1930s we had the Great Depression, in 2008 we had the start of the Great Recession and now we are facing the Great Cessation,” says John Cammack, a private investor and former executive at T. Rowe Price Group ( TROW ) Inc. in Baltimore. The global economic lockdown to combat the spread of coronavirus, he says, is “stopping the many small actions that make up Adam Smith’s marketplace dead in their tracks.”

The article goes on to define a “Cessation”: “In this Great Cessation, entire industries are shutting down before our eyes, and millions of people could be thrown out of work. If your paychecks might disappear, you shouldn’t be spending money to buy stocks when you might soon need it for necessities.”

The idea of “Cessation” asks you to consider your lifetime career income possibilities and compare them to the risk associated with stocks or bonds.

If you’re in civil service, your job is relatively secure. If you own a small restaurant, your career is less secure, especially when the Government temporarily shuts down businesses to try to mitigate a pandemic.

While it’s possible to get higher returns as a business owner, getting shut down could mean the “human capital” put into the business can vary wildly.

That “human capital” could be the focus in the near-term, as people seek to learn new skills so they can “invest” in their careers. If the economy rebounds, they can take their new skills and re-assess their risk level.

While they are doing that, they aren’t likely to be investing in the markets. And who knows where that will leave the Fed’s plan to save the markets in the future.

Most of the Warnings Have Sounded

Now that the Fed’s balance sheet is growing again at a frenzied pace, and most of the other warnings have sounded for a recession of some type, it’s a good time to assess the risk levels in your savings.

Having a diversified set of assets known for their protection during uncertain times is a strategic way to protect your financial future.

Holding assets such as physical gold and silver could prevent your retirement from suffering the consequences of being overexposed to equities.