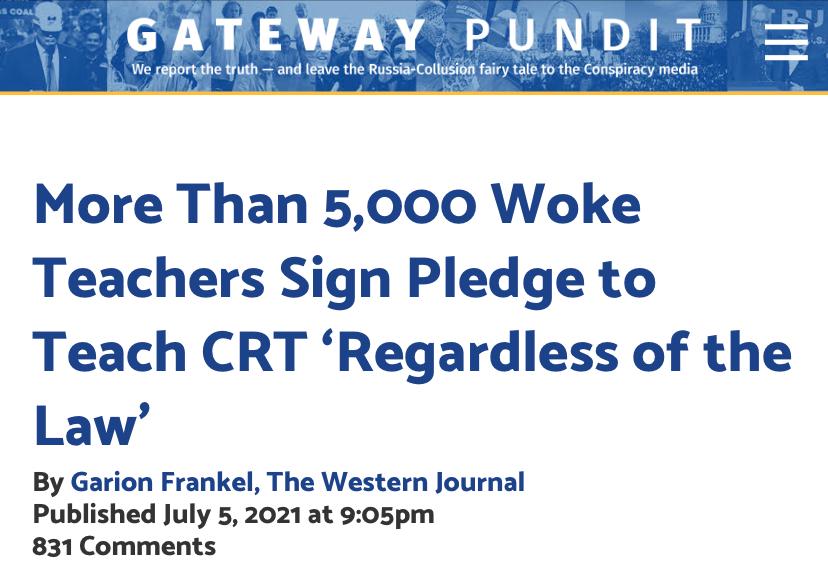 Throughout much of 2021, conservatives, in both classrooms and in the halls of state legislatures, have been fighting back against the pervasive influence of critical race theory in public schools.

Laws banning the instruction of CRT tenets in public schools have passed in more than 20 states, and there is reason t0 hope that the tide is beginning to turn in the fight for the country’s history and principles.

Unfortunately, the Zinn Education Project refuses to accept defeat, and desires to teach American children that this country was founded upon the “dispossession of Native Americans, slavery, structural racism and oppression,” as opposed to the principles of liberty enshrined in the Declaration of Independence and the Constitution.

The organization is named for Howard Zinn, a socialist activist and “historian” who wrote “A People’s History of the United States,” a left-wing propaganda pamphlet disguised as a textbook that has made its way into history classes all across the country.

The Zinn Education Project claims that “from police violence, to the prison system, to the wealth gap, to maternal mortality rates, to housing, to education and beyond, the major institutions and systems of our country are deeply infected with anti-Blackness and its intersection with other forms of oppression. To not acknowledge this and help students understand the roots of U.S. racism is to deceive them — not educate them.”