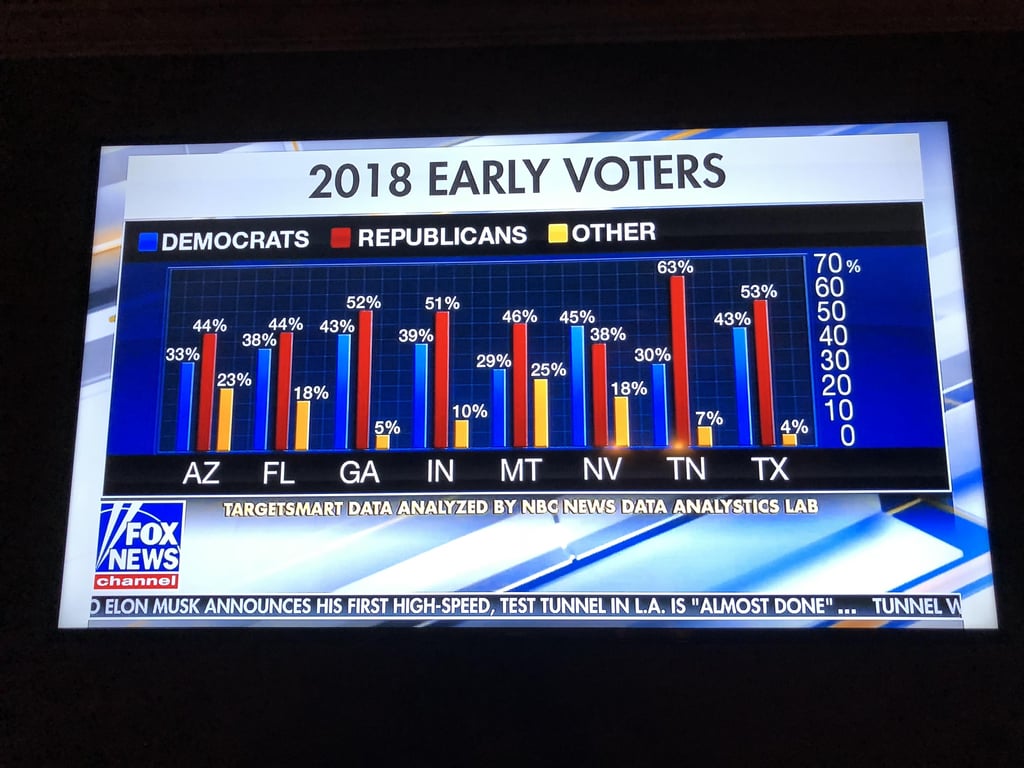 NBC News Data presents an analysis completed by TargetSmart showing key states and the registered affiliations of early voters. Within the analysis Republican voters are leading Democrats in all states except Nevada. [Note the Nevada result should not be a surprise because as we saw in the 2016 presidential campaign, there are several organized groups who coordinate bus loads of Californians into Nevada to vote in both states.]

See also  Warning!! Dems have taken over the voting system by gutting a NASA infrastructure bill

SIX REASONS REPUBLICANS SHOULD STILL WORRY ABOUT MIDTERMS: Things are definitely looking up with two weeks left before the 2018 midterms, but LifeZette’s Brendan Kirby points to some continuing realities.

See also  Manchin: We Already Have Laws to Ensure People Have Voting Rights, Voter Obstruction Is ‘Not Going to Happen’

Then go read Byron York’s excellent analysis for the Washington Examiner of the reconciliation of Donald Trump and Ted Cruz. And finally check out Jim Antle’s lengthy look, also at WEX, at whether the president can seal the deal and save the GOP majorities come election day.