A survivor of the deadly shooting at Marjory Stoneman Douglas High School, who was previously interviewed by CNN and MSNBC following the mass shooting, told Fox News he believes certain media outlets are politicizing the tragedy to push gun control.

Brandon Minoff, an 18-year-old senior, said the media is targeting gun control advocates instead of focusing on the 17 lives lost in Wednesday’s slaughter.

“I wholeheartedly believe that the media is politicizing this tragedy,” Minoff said. “It seems that gun control laws is the major topic of conversation rather than focusing on the bigger issue of 17 innocent lives being taken at the hands of another human.”
Minoff said students at the school are well-meaning and passionate on both sides of the contentious gun issue. At least 100 students from the school were expected to march in front of the State Capital in Tallahassee on Wednesday to demand stricter gun laws. Dozens of his classmates have willingly approached reporters and anchors to advocate for what they see as solutions to stop the school shooting epidemic. But Minoff said not all of the students at the school share the same stance — yet most of the coverage has ignored those who favor gun rights.

www.foxnews.com/us/2018/02/20/florida-school-shooting-survivor-media-is-using-tragedy-to-push-gun-control.html
The “Gun-Free School Zones Act of 1990” is responsible for the DEATH of hundreds of children. The rate of violence DOUBLED after its passage. #ArmOurTeachers 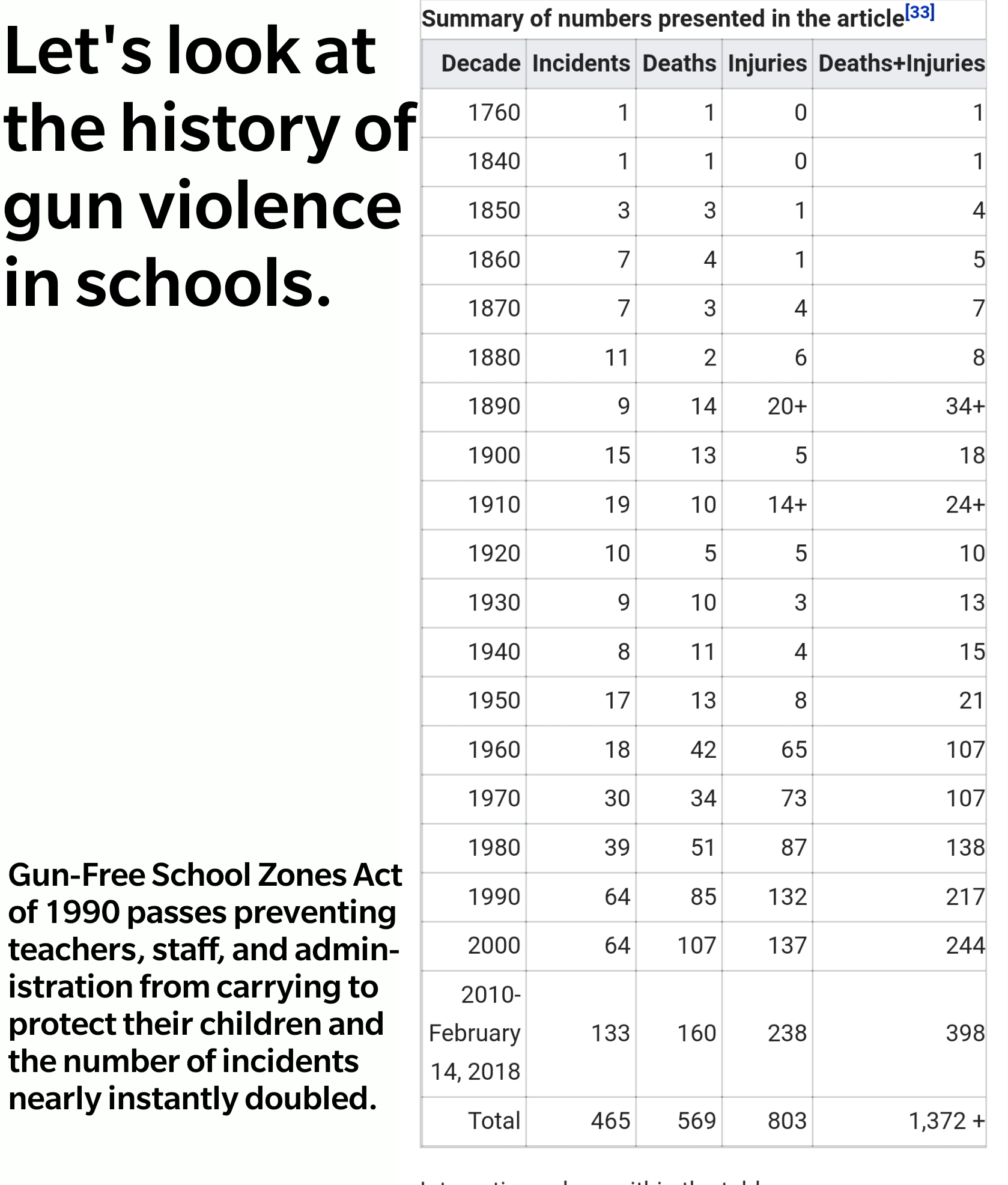