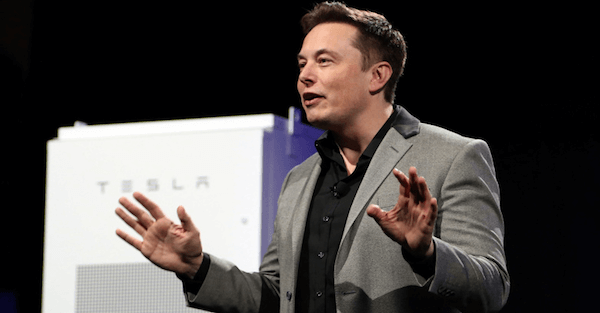 There’s no doubt you know the story…

On August 7, in the middle of the trading day, Tesla founder Elon Musk surprised investors with a tweet saying he was considering taking Tesla private at $420 per share (a $72 billion valuation) with “funding secured.” He quickly followed up with “Investor support is confirmed.”

Shares of Tesla soared 13% to $387 on the cryptic social media update from Tesla’s exalted chief.

The news created a media frenzy around the already red-hot company (and prompted the SEC to investigate Musk and Tesla for potentially lying to investors about a takeover). A single tweet – while the market was still open, no less – was an odd and informal way to announce such a major event.

Did Musk consult Tesla’s board of directors before making this public? Did they even know of his plans to take the company private? Is any of this even true?

It didn’t matter to Tesla’s shareholders, who believe Musk walks on water and his tweets are gospel. So the stock price soared.

And the deal made sense for Musk…

Investors, including himself, would make a fortune.

And he would no longer be bothered by those pesky short sellers, reporting enormous losses to the public and nagging production deadlines (which Tesla continually misses)…

As a private company, Musk wouldn’t even have to ask shareholders’ permission for a $50 billion pay package.

Last Friday, in a blog post (you know the announcement has got to be important if it’s escalated to blog post formality) Musk announced Tesla would stay public.

He gave a bunch of excuses for the decision, including going private would be more time consuming than he realized and that his beloved retail shareholders (his congregation) couldn’t own shares in a private company.

Tesla shares sold off yesterday and now trade more than $20 below the price before Musk announced the go-private deal.

Once again, Elon Musk made a grand claim to shareholders and didn’t back it up.

I am honestly curious how this guy has any credibility left with shareholders. How many times do people need to be misled, lied to and underwhelmed before they finally realize that Elon Musk is not going to walk across water and deliver.

I’ll be the first to say that Elon has incredible vision, well visions. He wants to save the world from Skynet, go to Mars, eliminate traffic, build a hyperloop, save Thai boys from a cave. He has lots of great ideas.

And, even better than that, he actually puts effort into making these ideas happen. Lots of people come up with ideas, but few actually take steps to put them into action.

For example, Musk proposed an underwater submarine to save the Thai boys. It turns out it was a bad design and wouldn’t have worked. But at least the guy came up with the idea and threw resources at it.

Simply put, there just aren’t a lot of action takers in the world.

And there’s no doubt Tesla has a great product. It’s a cool, fast car with good tech behind it.

But the vision and the product are different than the actual business.

And the business is a disaster.

Tesla—the business– has a history of constantly overpromising and underdelivering – losing money, missing deadlines and sending the stock up and down along with Musk’s Twitter bullshit.

It’s incredible that the stock rises and falls based on Musk’s tweets. He’s proven time and again, the market shouldn’t put any weight into what he says. Still, he looms as this cult figure.

But if you separate his personality from Tesla, what are you left with?

You have a company that’s hemorrhaging cash ($717 million in the last quarter), losing money on every vehicle it sells and building what is arguably the most expensive manufacturing facility ever created in the history of the world (the Gigafactory).

Executives are leaving in droves and the company can’t recruit a COO. That sole fact, by the way, should terrify shareholders. One of the sexiest, high-flying companies in the world today can’t recruit a top executive…

Oh, by the way, even with everything above, Tesla is worth more than BMW, General Motors and Ford (companies with long operating histories, actual profit and large dividends).

The old car manufacturers might not have the vision of Musk. But they do have great products and great businesses.

The ideal investment has all three traits – great vision, great product and a great business.

At the end of the day, if you’ve got vision and a great product, but the business is crap… it doesn’t matter. Because you’re investing in the business.

This fact should be painfully obvious.

Yet there seem to be, literally, millions and millions of people who are blindly throwing money at Tesla (the money-losing business) based on their beliefs about Elon’s grand vision or the quality of the products.

It’s become so absurd that a single Tweet can literally create or destroy tens of billions of dollars of value in the company’s stock despite a track record of not being able to back it up.

Fool me once, shame on Elon.

Fool me twice, shame on anyone crazy enough to believe such unfiltered garbage.