Can capitalism continue without consumption of goods and services? The rate at which money exchanges hands is collapsing

rent ate up more disposable income than at any prior time in history. 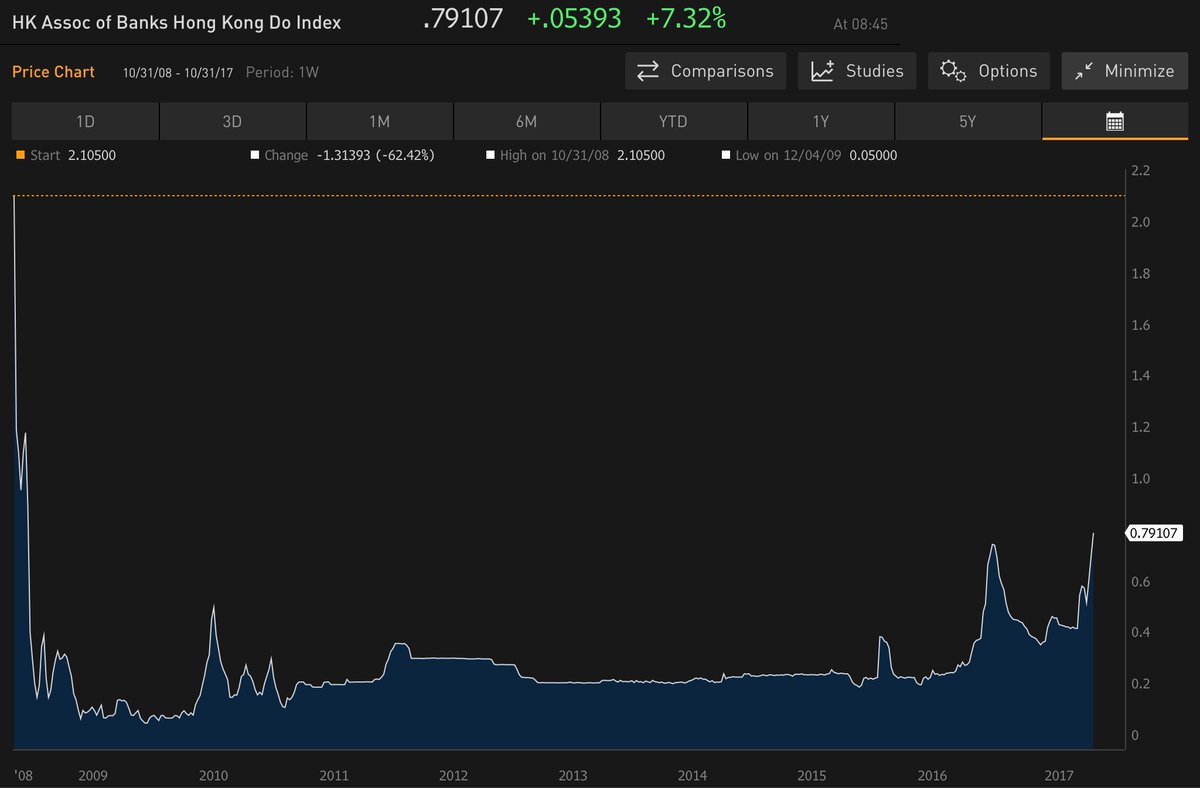 
Another China Company Defaults on Bond Payment as Borrowing Costs Jump
www.bloomberg.com/news/articles/2017-10-31/another-china-company-defaults-on-bonds-as-borrowing-costs-jump
Here Are A Bunch Of Scary Charts For Halloween.

Scary things happen when policy is too loose for too long. In the most recent cycles, the pursuit of low unemployment was associated with unsustainable increases in asset prices. What scares me is that we may be repeating past mistakes. Are we generating asset price bubbles in support of maximum employment?

Forever flowing bubbles: The pace of inflows into corporate bonds & equities accelerating, up $534bn YTD (Chart 1) on course for record risk asset inflow year (prior was $281bn in 2013).

And cash levels are at all-time lows:

Increasingly, it’s on the shoulders of passive:

(Wells)
And the robots will murder you in your sleep:

“No price is too high” when it comes to investing in “the future” – or so the narrative goes:

Nothing could go wrong with this (obviously):

And this should be fine:

So fear not, because “the only thing to fear is fear itself.”
heisenbergreport.com/2017/10/31/here-are-a-bunch-of-scary-charts-for-halloween/