The status quo measures wealth with “money,” but “money” is not what’s valuable. “Money” (in quotes because the global economy operates on intrinsically valueless fiat currencies being “money”) is wealth only if it can purchase what’s actually valuable.

As the world slides into an era of scarcities, what will matter more than “money” are the essentials of survival: fresh water, energy, soil and the output of those three, food. The ability to secure these resources will separate nations that fail and those that survive.

In a world of abundance, it’s assumed every essential resource can be bought on the open market. Surpluses are placed on the market and anyone with “money” can buy the surplus.

Things work differently in scarcity: “money” buys zip, zero, nada because nobody with what’s scarce can afford to give it away for “money” which can no longer secure what’s scarce.

Parachute into a desert with gold, dollars, euros, yen and yuan, and since there’s nothing to buy, all your money is worthless. Once you’re thirsting to death, you’d give all your money away for a liter of fresh water. But why would anyone who needs that liter for their on survival trade it for useless “money”?

Imagine the longevity of a regime which sold the nation’s food while its populace went hungry. Not very long once the truth comes out.

Having resources is only one component: consumption is the other half of the picture. Having 4 million barrels a day of oil (MBPD) is nice if you’re only using 3 MBPD, but if you’re consuming 8 MBPD, you still need to import 4 MBPD.

Water and soil are not tradable commodities. Nations which share water resources (rivers and watersheds) have to negotiate (or fight wars over) the division of that scarce resource, but as a generality, fresh water and fertile soil can’t be bought and sold like grain and oil.

The number of nations with surplus energy and food to export is small. As I noted in Superbugs and the Ultimate Economic Weapon: Food, there are contingencies in food production which could quickly erase surpluses and exports and trigger widespread shortages that have the potential to unleash social unrest.

Energy exports are also a natural economic weapon with which to reward needy friends or punish desperate enemies (no oil or natural gas for you!).

But energy exports are also contingent: natural gas and oil pipelines can be blown up by non-state players, shipping chokepoints can be closed or mined, regimes can change overnight and so on.

Nations which are frugal about creating currency (either via printing/issuance or borrowing it into existence) while prudently managing their fresh water, energy, soil and food will in effect be “backing” their currency with their surpluses of what will be increasingly scarce.

Nations which borrow into existence or emit currency profligately while having scarce FEWS resources and enormous needs for imported food and energy will find their currency rapidly loses value.

When there’s not enough energy and food to go around, who will trade what’s scarce and valuable for what’s abundant and worthless (“money”)? The answer is no one.

If you want to identify tomorrow’s superpowers, overlay maps of fresh water, energy, grain/cereal surpluses and arable land: those nations with abundances that can yield sustainable surpluses in food and energy while taking care of domestic needs will have wealth and power.

Those with diminishing resources that are inadequate to meet domestic demand will have very little wealth, no matter how much “money” they print or borrow into existence or how much consumerist “stuff” they produce.

There are two other attributes that matter: being able to defend your FEWS resources from would-be thieves and a widely shared national sense of purpose that enables shared sacrifice for the common good. Without that shared source of unity, the elites with wealth and power will grab more and more, bringing down the house around them with their limitless greed.

Sacrifice either starts at the top or it means nothing. Forcing commoners to suck up sacrifices only exacerbates disunity and national dissolution.

There are two more highly valuable attributes that will separate nation-states that survive an era of scarcity and those that will fail: flexibility and a tolerance for dissent, both of which enable adaptability and social innovation, as I explain in my latest book Pathfinding our Destiny: Preventing the Final Fall of Our Democratic Republic. Rigid regimes that are intolerant of dissent are brittle and incapable of the sort of adaptation and social innovation needed in the cascading crises of scarcity. They are doomed.

There are no guarantees that any nation will be able to assemble all that it will take to survive an era of scarcity. But some have better odds than others. Place your bets accordingly.

I’m reprinting these charts to emphasize how few nations have geopolitically meaningful surpluses of food.

Corn is often the primary food for livestock. No corn, not much meat. 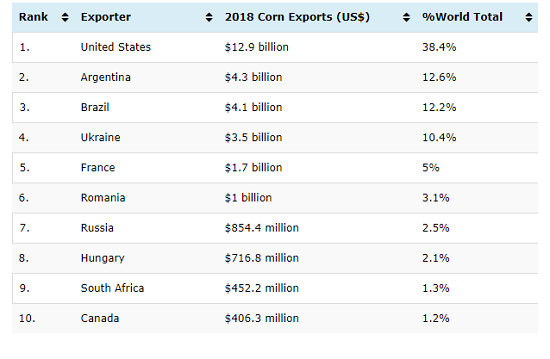 The exportable surpluses of wheat are concentrated in a few hands. 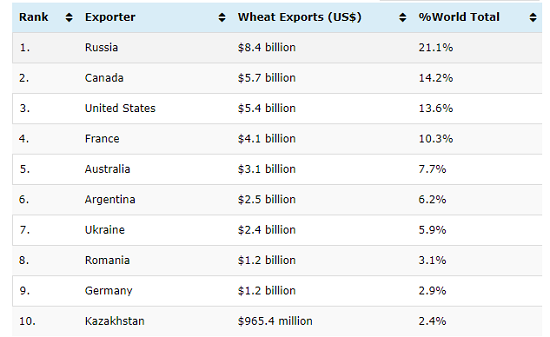 The same is true of soybeans, a source of protein in Asia and livestock feed everywhere. This chart shows the top producers and the top consumers. 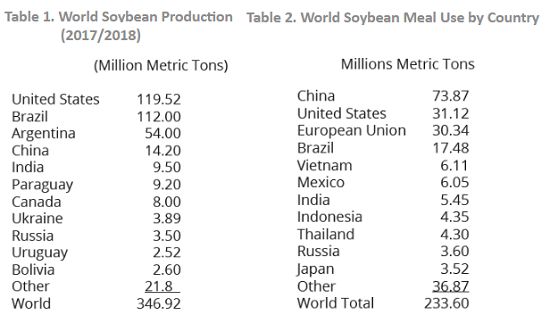