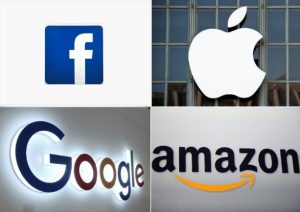 The French GAFA tax is an acronym for Google, Apple, Facebook and Amazon which the French government has just passed. They are imposing a 3% tax on all business in France. The US has promised retaliation. This is part of the entire problem the world faces with trade. A lot of people talk about trade wars, but they live in the past. There is something far more serious at stake and that is the digital world and how governments are hungry for taxes to the point that they are threatening the viability of the world economy going forward for they are seeking to tax the digital world and every country has a different scheme in mind. This will only lead to an economic decline on a global scale.