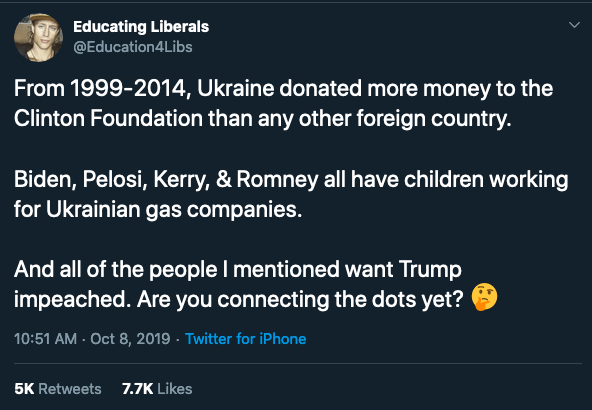 -October 2013 Uranium One is sold to Rosatom

-November 21st Ukrainian government headed by then President Yanukovich announces a move away from the EU and towards Russia sparking protests and civil unrest.

-2014 Hunter Biden becomes a board member of Burisma

Call me crazy but I think that hot mic moment was in relation to Uranium One. The State Dept had to approve the sale as Uranium One owns US based uranium rights, a sensitive strategic asset. The chairman of Uranium One donated $2.35mil to the Clinton Foundation and HRC was paid 500k by a Russian investment bank almost immediately after she left the State dept in February of 2013.

Putin enriched HRC and Obama in order to be allowed to purchase Uranium One. He then had blackmail on Obama and forced him to sit on the sidelines while Russia made gains in the Ukraine. When the people protested and tried to resist Russian influence Russia took military action, and still Obama sat on his hands due to the blackmail. In order to ensure that the US didn’t interfere the Russians allowed well connected US politicians to raid the Ukraine. That’s how near every career politician got a kid on the board of a Ukrainian energy company.

This allowed Putin to annex the Crimea without any interference from the US. He had blackmail on HRC and Obama from Uranium One and then he paid off anyone else who might sound the alarm and try to stop him.