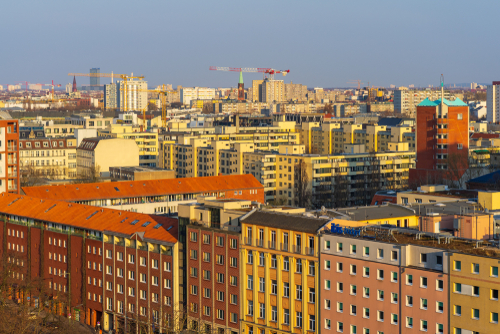 There has been a real crisis evolving in Berlin. When the Wall came crashing down, East Germany regarded that it owned all the property and thus sold vast tracts of apartments to major investors. Now 20 years later, the socialists are claiming this is not fair and the government should either buy the property back from these investors or confiscate it. There are many people on the left and in the Green Party who see nothing wrong with confiscating private property. Why should they pay for something they cannot afford to buy? Under their reasoning, there is some human right that should allow them to go into a car dealership and drive away with what they want because it is unfair that they cannot afford to buy it.

Berlin has been toying with the idea of holding a referendum on banning big landlords and expropriating their homes into social housing. This is part of a response to growing complaints in the German capital about the cost of living. The expropriated homes will be some 200,000 units that would then become government property, once again, and could be rented out for below market rates.

The danger of allowing private property to be seized without compensation is that it will be devastating for Germany and Europe as a whole. Real property is critical to confidence. If the state can even allow a referendum where the majority of people will be handed the property of the minority, this is really a return to the days of the Nazis. They could not borrow funds on the open market so they targeted the Jews and expropriated all their property. Of course, in those days they killed them. Today, they won’t kill the investors. They will just take all their wealth. It seems that allowing referendums to retroactively change the law is very dangerous. If anyone wants to know why the euro could collapse to new historical lows, put this one into your thinking cap and ask if you want to invest in something that can be arbitrarily confiscated.