Oscars viewership was down over 50% off last year’s numbers, which were the worst ever.

READ  NOT BAD ENOUGH: This was one of the worst weeks for China on the world stage in a while.

Or perhaps, “tortured its viewer” might be the better headline. Meanwhile, according to Raw Story yesterday, pouncing Republicans are the real (raw) story: Far-right media poised to distort Oscars’ struggles into a culture war win tonight.

READ  She broke the internet and tictok by showing without teeth and make up, to looking like a model! 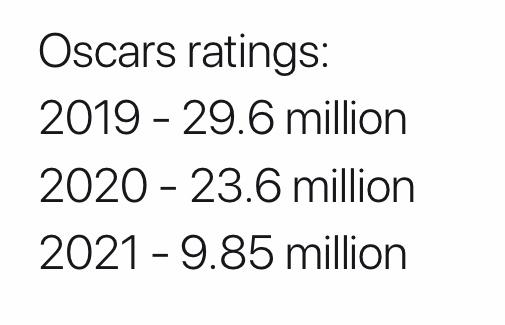