Hegelian dialectic says that, in order to control people’s opinions, you introduce a problem, introduce a solution, then meet them in the middle with a synthesis. Global warming alarmists were supposed to say crazy things and demand a destruction of the productive economy, so that later a synthesis that accepts partial destruction of the productive economy can be implemented, so that the so-called elites can have more control. 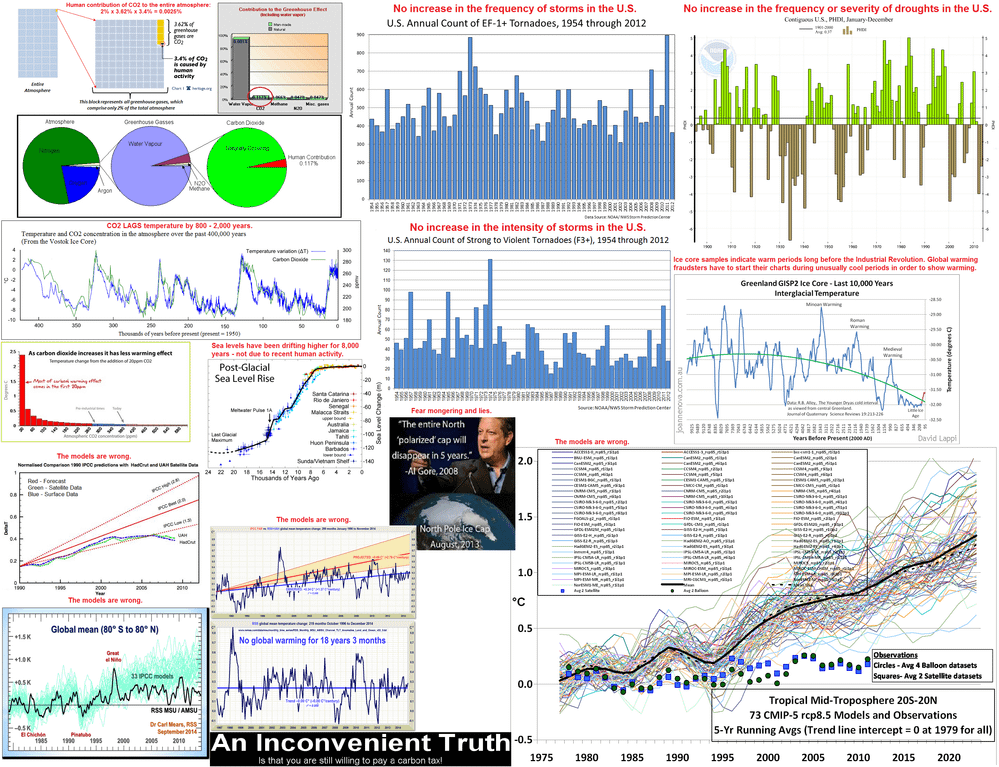