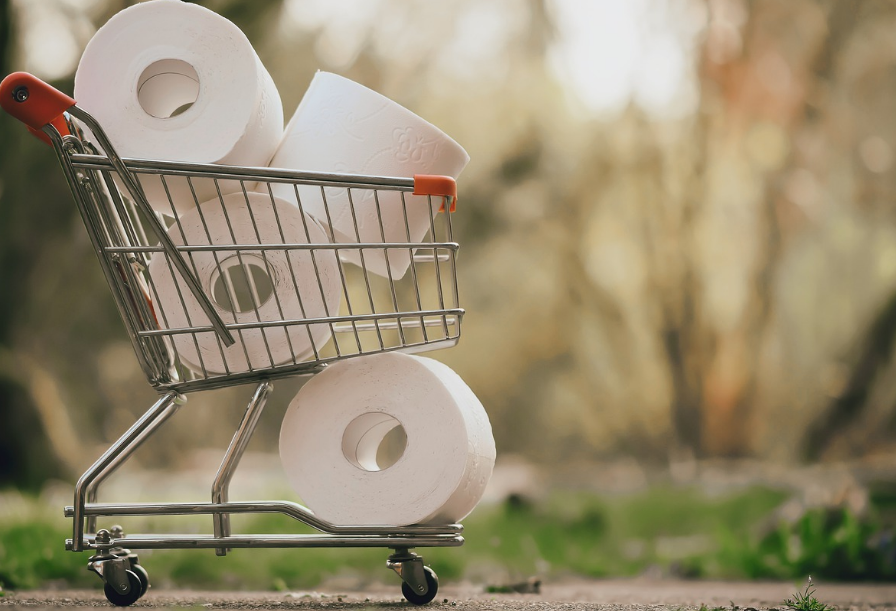 If there are things that you need to stock up on, you should do it right away.  For weeks, I have been writing articles about the rampant inflation that we are witnessing right now.  We haven’t seen anything like this since the Jimmy Carter era of the 1970s, and many are warning that it is going to get even worse in the months ahead.  So that means that prices are never going to be lower than they are at this moment.  Even more importantly, we are also being warned that the widespread shortages in our economy are about to get even worse.  In fact, the largest meatpacker in the entire world was just hit by a cyberattack, and this has forced it to stop activity “at its plants in several U.S. states”…

The White House said on Tuesday that Brazil’s JBS SA has informed the U.S. government that a ransomware attack against the company that has disrupted meat production in North America and Australia originated from a criminal organization likely based in Russia.

JBS is the world’s largest meatpacker and the incident caused its Australian operations to shut down on Monday and has stopped livestock slaughter at its plants in several U.S. states.

Many of you may not be familiar with JBS, but this is a very big deal.

According to Bloomberg, “a fifth of America’s production” will be wiped out while these plants are down…

JBS’s five biggest beef plants in the U.S. — which altogether handle 22,500 cattle a day — have halted processing following a weekend attack on the company’s computer networks, according to JBS posts on Facebook, labor unions and employees. Those outages alone have wiped out nearly a fifth of America’s production. Slaughter operations across Australia were also down, according to a trade group. One of Canada’s largest beef plants was idled for a second day.

Until this crisis passes, and hopefully that will be as soon as possible, meat will be harder to get and prices will be higher.

The Biden administration is once again blaming Russia for this latest cyberattack.  Whether that is true or not, relations between the U.S. and Russia will continue to rapidly deteriorate, and many are deeply concerned about where all of this hostility will eventually take us.

Sadly, this new meat shortage is just the tip of the iceberg.  Earlier today, the Drudge Report linked to an article with this stunning headline: “How the World Ran Out of Everything”.  The following is a short excerpt from that article…

In Conshohocken, Pa., Mr. Romano is literally waiting for his ship to come in.

He is vice president of sales at Van Horn, Metz & Company, which buys chemicals from suppliers around the world and sells them to factories that make paint, ink and other industrial products.

In normal times, the company is behind in filling perhaps 1 percent of its customers’ orders. On a recent morning, it could not complete a tenth of its orders because it was waiting for supplies to arrive.

You may have noticed that products are increasingly going “out of stock”, and this trend isn’t going away for the foreseeable future.

Meanwhile, inflation threatens to spiral wildly out of control.  At this point, even Costco executives are publicly warning that inflation has become a major problem…

The big-box club chain said it’s been seeing accelerating prices across a range of products, including shipping containers, aluminum foil and a 20% spike in meat prices over the past month.

If you know that you are going to need something in the months ahead, buy it now, because with the way things are going there is a very good chance that you will be paying much more if you wait.

Have you noticed that some companies are trying to hide inflation by shrinking package sizes?  This is a phenomenon that is known as “shrinkflation”…

Consumers are paying more for a growing range of household staples in ways that don’t show up on receipts – thinner rolls, lighter bags, smaller cans – as companies look to offset rising labor and materials costs without scaring off customers.

It’s a form of retail camouflage known as “shrinkflation,” and economists and consumer advocates who track packaging expect it to become more pronounced as inflation ratchets up, taking hold of such everyday items such as paper towels, potato chips and diapers.

For example, I absolutely love Tillamook ice cream.  It is the best ice cream that I have ever had in my entire life, and if you have tasted it then you know what I am talking about.

READ  GTR: Texas Newspaper Refuses To Give Description Of Suspect In Mass Shooting Because Of ‘Stereotypes’

Unfortunately, they recently felt forced to shrink the size of their packaging from 56 ounces to 48 ounces, but they kept the price the same.

Lots of companies are now doing this, because the cost of raw materials is going through the roof.  Even Elon Musk is complaining about rising prices for raw materials…

Perhaps finally realizing it can’t turn a profit selling vehicles or perhaps truly between a rock and a semiconductor hard place, Tesla is raising prices (and ditching features) from its vehicles.

CEO Elon Musk took to Twitter late on Memorial Day to explain the hikes, blaming them on the convenient scapegoat of supply chain issues.

Sadly, this is just the beginning.

Governments around the world continue to borrow and spend money as if tomorrow will never come, and global central banks continue to pump gigantic mountains of new money into their respective financial systems.

In this sort of environment, an “invisible sculpture” that is nothing but air can literally be sold for $18,000…

An Italian artist was able to sell his invisible “immaterial” sculpture – which technically does not exist (in this plane at least) – for thousands of euros.

The inflationary nightmare that so many of us have been relentlessly warning about is here, and it is going to continue to get worse.

In addition, I have a feeling that quite a few major “surprises” are coming our way during the second half of this year.

So go to the stores and stock up now, because things will soon get really crazy.