Ron Paul on the Fed, China and Whats Happening With Gold

Dr. Ron Paul discusses the Fed and China having their currency convertible to gold in trading for oil and that its a serious change for the U.S. Gold will go much higher on this event.

Gold Trading at Record Volume as it Rallies to a One Year High
Traders are in Gold like never before and its on the way to the highest price in a year. Volume on the Comex hit a record in August on Geopolitical tensions and a weaker dollar has caused demand for the metal.
Please read the rest here; Gold Rallies to a One-Year High and Spurs Record Trading Volume 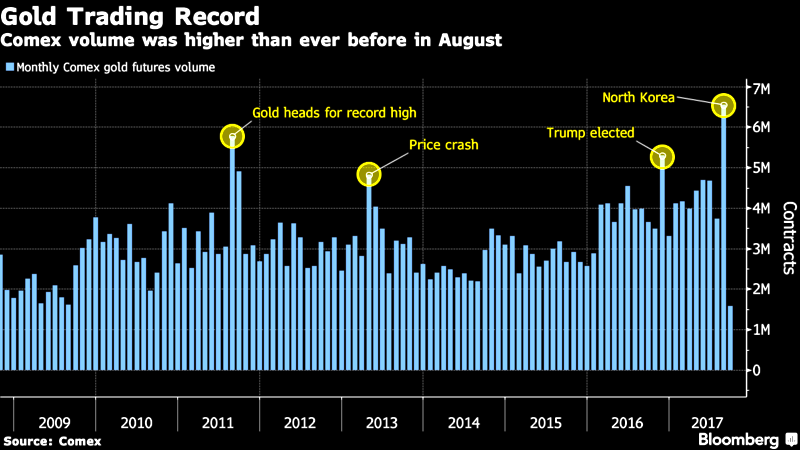 Former World Bank Staff: The Entire Western Monetary System Is a Fraud
The former World Bank staff, with 30 years of World Bank experience around the globe, current economist and geopolitical analyst Mr. Peter Koenig said “The entire western monetary system is basically a fraud. It is fabricated and privately owned.
Now both the Russian ruble and Chinese yuan are backed by gold, this is a part of the “de-dollarization”

“The ruble & yuan are 100 percent covered by gold, just a part of a larger, fairly advanced scheme of the de-dollarization of their economies,”
U.S. PetroDollar Breakdown Continues: Big Moves In Gold & Silver Ahead
The four-decade long monopoly of the U.S. Petro-Dollar as the world’s reserve currency is coming to an end.

17 thoughts on “Gold Has Pulled In Traders Like Never Before On Its Way To The Highest Price In A Year…. Former World Bank Staff: The Entire Western Monetary System Is a Fraud”