I read an interesting article yesterday, the point of which was that the price of gold is running as the inverse of the Chinese Yuan.  Bing, bang, boom, end of story.

And there may be some truth to that.  But it is hardly the whole story.

When looking for correlations, one has to consider a number of elements, and try to sort out correlations that are often mixed, and what is coincident moreso than causative.

Below is a chart that compares the price of gold with the inverse of the US Dollar Index (DX).

And it should be noted that this is the price of gold in Dollars.  And so there will always be some effect of the value of the dollar in this, since gold is a world currency and not specifically American.

In my own studies, and multivariate correlation analysis, sometimes gold runs inversely to the dollar, but at other times it runs with it, or somewhat indifferently to it.

So what this shows is the obvious, that there are a number of things that effect its price, and may do so differently at different times.

As I have noted here, many times over the past year or so, the price of gold has been running inverse to the Dollar because it appears that major playrs and hedge funds are trading gold as a currency cross, without regard to its supply and demand as a commodity money, as opposed to a central bank fiat currency. And that at some point this is going to lead to a ‘break’ in the market.

But I think that a correlation to the Yuan here is probably misplaced. Although it is becoming increasing important on the world stage because of the spectacular growth of its domestic economy, the Chinese Yuan is not driving the value of the US Dollar. And for that matter, it is not even included in the weighting of the Dollar DX Index.

The important point is that gold is being traded in the currency crosses. This is not always the case, but sometimes it is. And more importantly, the price of gold is being heavily gamed by speculators, and with increasing leverage if the indications we have are correct.

And because of this, at some point gold, which is somewhat unique because it is a commodity currency, is going to assert its independent nature.  And it may very well blow a hole in the speculative scheming that has been allowed to go on for years, without being checked and moderated by the regulators, even as other paper asset bubbles have been allowed to grow.

It has done so even in the recent past, as it exploded up to $1900, after years of steady price suppression.  And then it fell back to the same old same old, but at a much higher base price than it had been at for almost twenty years.

What changed you might ask?  The disgorgement of gold by the Western Banks encountered a steady and determined accumulation of the physical metal in Asia and the Mideast.  Because of this global central banks went from net sellers to net accumulators.  This trend is well documented and unmistakable.

For those who say that there is no price manipulation of gold, even at this point with all that has been uncovered in the markets, I say have a good day.  Because that debate is surely over, except for the most stubbornly and willfully blind to what is painfully obvious to anyone who carefully watches the trading in the metals as it happens with an open mind to the data.

But again, why quibble?

Let’s see how this unfolds, and keep an eye on the ‘gold float’ which is the physical gold bullion that is available for delivery into the markets of Asia.  Because it is being steadily accumulated there, and is not likely to be reintroduced into the Western markets, except at significantly higher prices.

See also  VIDEO: Republican Rollan Roberts announces he is running for President while his pregnant wife collapses and falls down

And in this case, if I and others are correct in our analysis, let the devil take the hindmost when the reversion to the fundamentals occurs, which I believe that it will, and with a vengeance.  It always does, but eventually.  And that is where trading and prudent portfolio management come in to play.

Markets go to extremes because most speculators are clever, but not wise.  They will keep on a trend and a ‘winning’ trade often until it is utterly exhausted, and then run for the exits, leaving the carnage they leave behind to be taken care of by others.  And all that you will see of them is when they come back for a handout, a bailout, for the very damage that they themselves caused, but will blame on others. 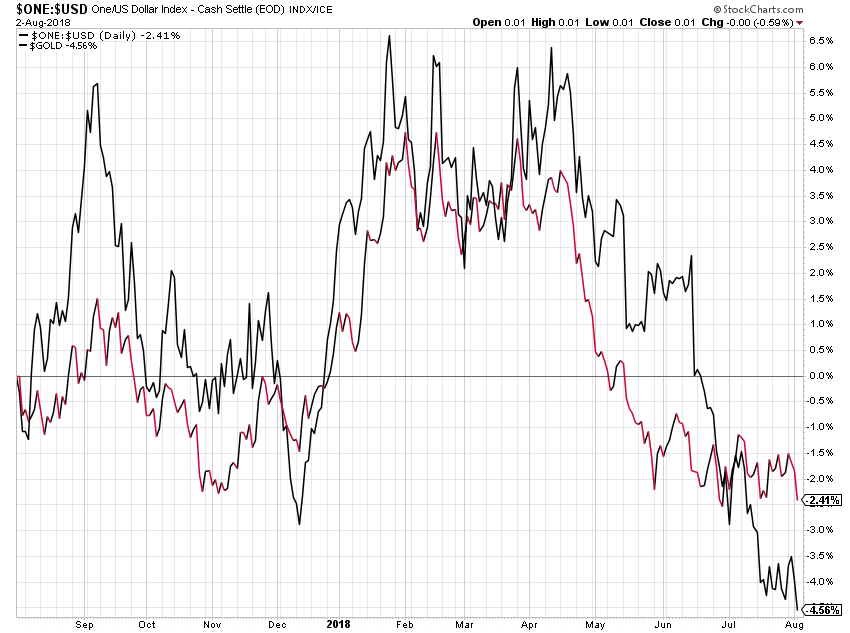