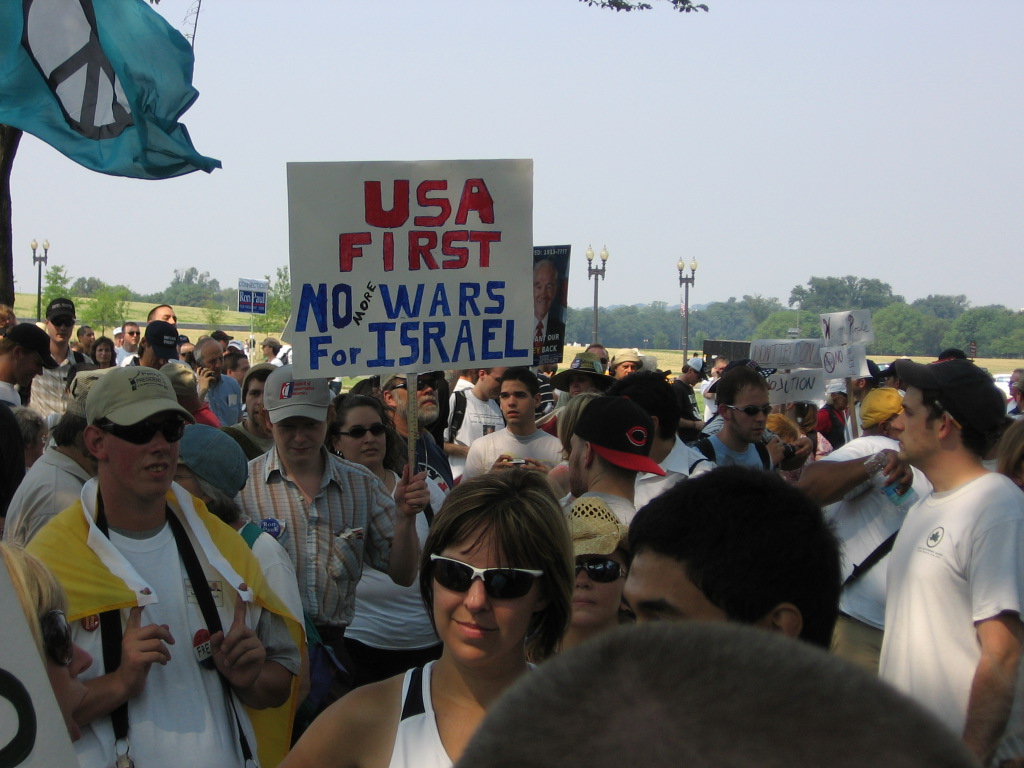 Do you remember how President Trump used to tell us during his presidential campaign and even after how America’s wars in the middle-east were catastrophic for our country, that we were fighting wars for others and getting nothing in return but hatred and immense debt that our children and grandchildren will pay through the nose? And I am not even talking about the loss of American lives, that’s another matter altogether, since the US army is volunteer based and those folks joining the military are basically mercenaries fighting oil wars for corporations and banksters, but that’s another matter.

Well, the new-and-improved Trump seems to have executed an 180 not two years into his Make America Great presidency. After surrounding himself with neocons, globalists and war-hawks while explaining us incessantly how he’s draining the proverbial swamp, Trump has now turned full-neocon and threatens with military action in Syria. Why? Because an alleged chemical attack on rebel-held Ghouta on Saturday, blamed on Assad’s regime by various terrorist factions on the ground, as usual we may say.

This turn of events was obvious since Trump’s illegal strike on Syria from last year, not to mention his recent appointments, and I am talking about that creepy war-hawk Michael Bolton who is now his national security adviser. After the embarrassing Skripal affair, when the UK accused Russia of sponsoring the attack, an accusation later proven to be as fake as CNN, with Trump also hurrying to blame Russia for the issue with no evidence whatsoever, now the POTUS trumpets that Assad is going to pay a price for the alleged chemical attack on Saturday. Again, just like last year, there’s no evidence and no logical reason for a victorious Syrian army using illegal weapons against a defeated enemy. After Israeli jets attacked Syrian positions last night leaving at least 14 people dead in yet another blatant disregard of international law, Trump said on Monday that Assad and his regime are going to pay a price.  He also said that Putin (Russia) may be responsible for the alleged chemical attack on civilians in Syria. So bizarre, just as his army is liberating Ghouta and the Donald says the US forces must leave Syria, Assad decides to poison some kids, just for the hell of it, right? Apparently he wasn’t ready for the US to leave just yet, he likes us so much.

What is this, more 4D chess for peace in the Middle East?

Infowars reports that the United States and the UK are preparing for military action against Syria. More precisely, the peace-president Trump is readying the US navy (guided missile destroyers and submarines) to launch missile strikes on Syria, moving them into position. Reports from Russia claim that Putin has put its armed forces on a heightened state of alert. Here’s from the  Moscow Times:

“Russia’s Defense Ministry said in an online statement Monday that it had launched drills stretching from Siberia to the Urals and the Volga region, as well as in Russian military bases in Tajikistan and Kyrgyzstan,”

Trump is letting himself be manipulated by the corrupt war machine. This is disappointing and dangerous. The neocons are taking over. Israel did this to draw us into a war in Syria which will achieve Israel’s expansion (research Greater Israel). This is not making America great again, and this is not the president Americans voted for in 2016.