There were allegations raised that Google was manipulating the news to help Hillary. They allegedly steered 2.6 million votes to Hillary and had far more of an impact upon the 2016 election than Russians. A whistleblower at Google has come out and warned that things are getting worse. Google whistleblower Zach Vorhies came out and provided documents and warnings. He said:

“Before Trump won, Google had this mission statement to organize the world’s information and making it universally accessible and useful.”

What is interesting is that Elizabeth Warren has been a longtime critic of the economic power of Amazon, Google, and Facebook. She is making their break-up under Anti-Trust Laws a key component of her presidential platform. 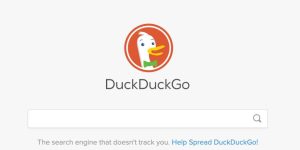 For those who want privacy, you should be using DuckDuckGo. They do not store your search data and believe you are entitled to privacy which Google does not.