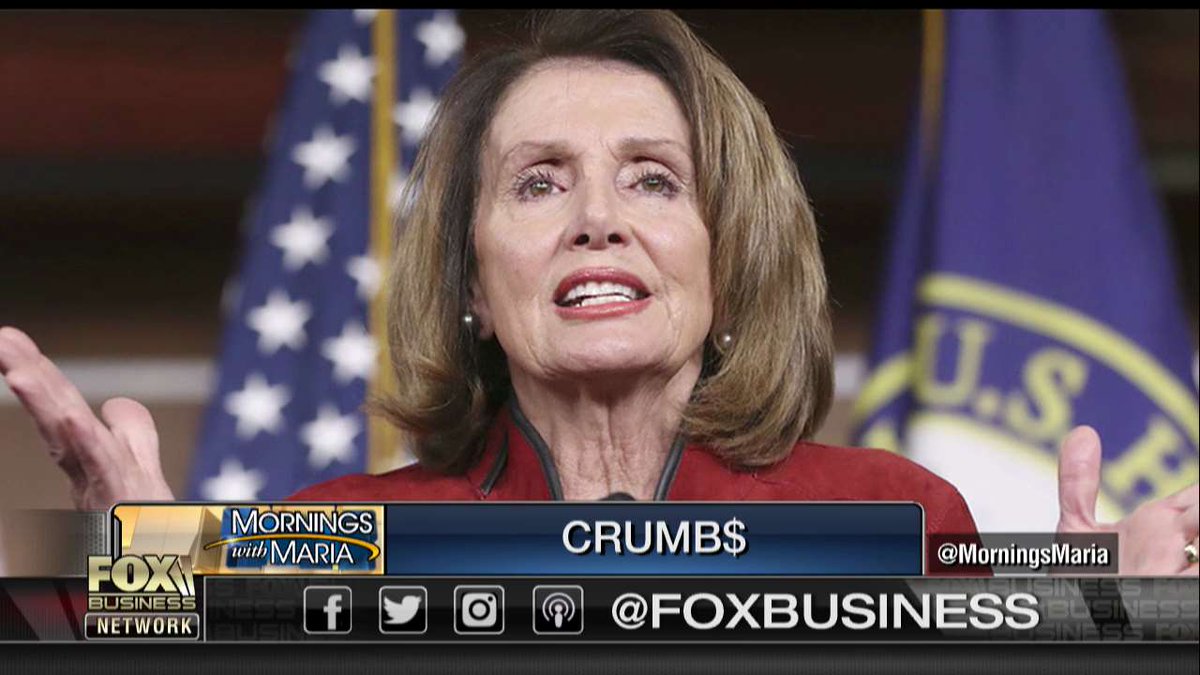 A Republican lawmaker is set to unveil legislation that would make most bonuses given out as a result of President Trump’s tax reform plan tax-free — and took a jab at House Minority Leader Nancy Pelosi with the bill’s name.

Rep. Todd Rokita, R-Ind., has dubbed his bill the “Creating Relief and Useful Middle-Class Benefits and Savings” — or “CRUMBS” Act. Pelosi, D-Calif., famously referred to the bonuses as “crumbs” in criticizing the tax plan last month.

“Americans are receiving thousands of dollars in bonuses and more money in their paychecks thanks to President Trump’s tax reform, but out-of-touch Democratic leaders believe they only amount to crumbs,” Rokita said in a statement. “The CRUMBS Act will let Americans keep more of the money they receive as a result of President Trump’s tax reform, and allow them, not the government, to choose how best to spend their bonuses
Rokita’s bill would make bonuses received by workers in 2018 tax-free up to $2,500. Since tax reform was signed into law this past December, multiple companies have given out bonuses and pay raises in anticipation of increased tax savings.

www.foxnews.com/politics/2018/02/13/gop-rep-unveils-crumbs-act-to-make-bonuses-tax-free-in-swipe-at-pelosi.html
This is priceless! Crumbs Pelosi would have to be the most racist person in America ( and I’m not a white American), her verbal diarrhoea is nauseating and only increases the chances of division in America. Anyone who thinks $1-2 k is Crumbs is that far out of whack from reality it’s just not funny. She is a disgraceful individual. On a positive note the companies now giving out bonuses and pay rises have been growing in number, it was an excellent unexpected consequence of the new tax laws that have created jobs and prosperity in the country.