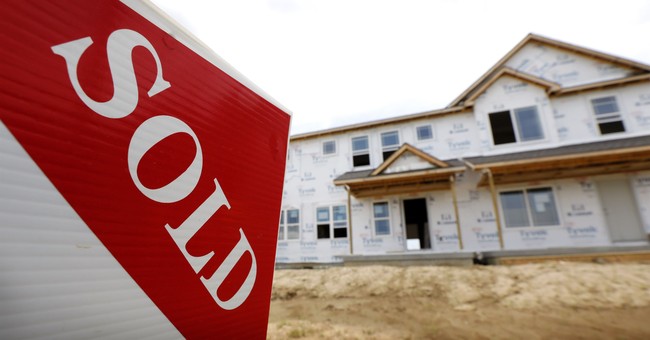 Ficken’s mom died, so he went to South Carolina to take care of her estate. He asked a friend to look after his house.

But then the friend died, and no one cut Ficken’s grass. When it grew to 10 inches, Dunedin officials started fining him $500 a day.

“I was shocked,” Ficken says in my latest video. City officials say they will foreclose on his home if he doesn’t pay the fine, and Ficken doesn’t have that much money.

“The city has gone nuclear!” complains his lawyer, Ari Bargil. “$500 per day for the violation of having tall grass. … They could have done what their own ordinances permit them to do: hire a lawn service to come out and mow the grass. Then send Jim a bill for 150 bucks. But they didn’t do that.”

Why not? Bargil and Ficken say it’s because Dunedin’s officials just want money.

Dunedin’s politicians wouldn’t talk to us. Instead, they spent $25,000 on a public relations firm that told reporters, “Dunedin has no desire to impose large fines… (only to) ensure that Dunedin is a high-quality community.”

READ  Enemies of the Deep State: The Government’s War on Domestic Terrorism Is a Trap

The cost of “high quality” keeps going up.

Eleven years ago, Dunedin fined people $34,000. Today, they want about that much from Ficken alone. Last year Dunedin collected $1.3 million in fines from residents.

“It’s pretty apparent that code enforcement is a major cash cow for the city,” says Bargil.

“I got violated for a lawnmower in my yard!” says one resident who has been fined $32,000. “They violated me for a hole the size of a quarter in my stucco … They find people they can pick on … and they keep picking on them.”

She started crying as she recounted: “I can’t tell you how many sleepless nights I’ve had because of the city of Dunedin. Just try to think of what to say to them, just to have them leave me alone.”

Ficken managed to get expensive legal help for free from the Institute for Justice, a law firm that defends individuals abused by governments.

READ  Is the Federal Government of the USA a Corporation?

All across the country, “private citizens are being essentially extorted by their governments and fined incredible amounts of money for really, really small violations,” says Bargil.

You can be fined for not trimming plants, the way Ficken was, but you can also be fined for trimming too much. A city in North Carolina fined a local church $100 per branch ($4,000) for excessive tree-pruning.

And in places such as Dunedin, if you can’t pay a fine, they’ll take your home.

That violates the Eighth Amendment, says the Institute for Justice. The Amendment not only protects us from “cruel and unusual punishment” but also from “excessive fines.”

The Founding Fathers, says Bargil, “recognized that the ability to fine is the ability to cripple. It’s one of the ways, other than incarceration, that government can really oppress.”

If governments can oppress, they usually will.

We should be grateful for the Eighth Amendment’s protection against excessive fines.

And what’s more excessive than politicians taking your home because you didn’t cut your grass?