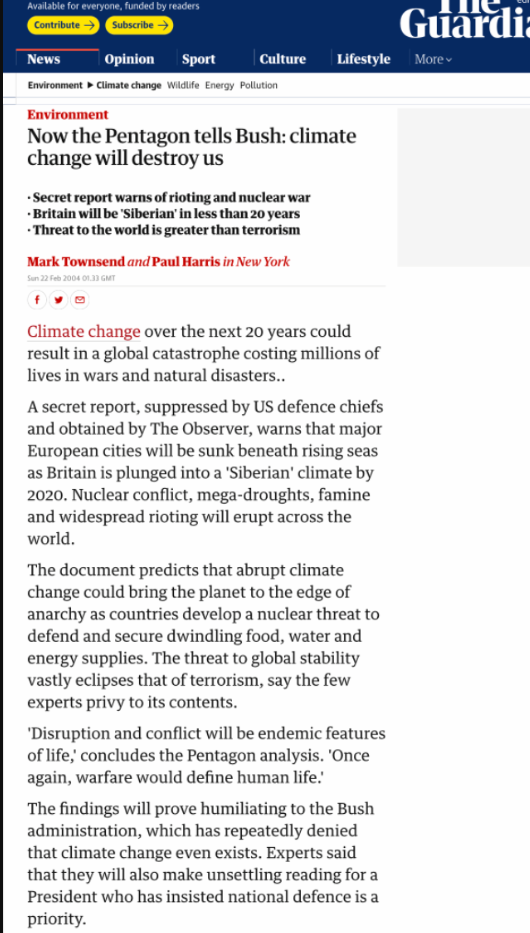 None of them do

The problem is there is real climate problems that could occur in the next 20 years due to the resurgence of the maurader minimum. But because activists have tried to tie climate to human behavior the argument is about this theory around how humans cause the problem, instead of focusing on what is likely to happen due to changes beyond our control. The climate changes – in the 1700’s the Thames in London was iced over most of the year. This cooling is predicted to occur again. It can cause massive disruption to agriculture, food supply, etc. But instead of looking at it – we have stupid activists telling us our airplanes and cars are the problem so all of our attention is in the wrong place.