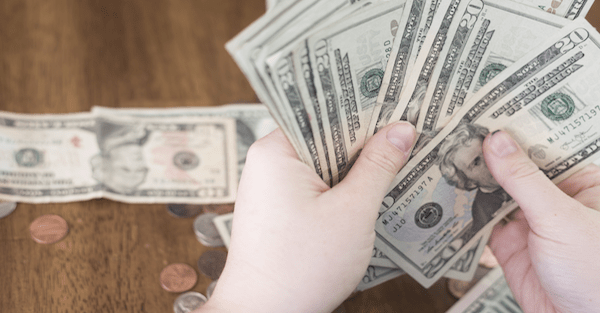 Bill Gates and I don’t agree on taxes.

He says that he should pay more. And I consider it my moral duty to pay as little tax as possible. I don’t want to fund the government’s destruction, corruption and waste.

But in an interview with Fareed Zakaria, Bill Gates did echo my Universal Law of Prosperity: produce more than you consume.

Bill noted that the government “only collect[s] about 20% of GDP and we spend like 24% of GDP, so you can’t let that deficit grow faster than the economy.”

The US has over $22 trillion in debt, and is adding $1+ trillion of red ink every year. And this is in good times.

Then Bill Gates checked off another Sovereign Man theme: “the promises the government has made like taking care of healthcare and pensions, those will become more expensive, a higher percentage of GDP.”

He’s putting it lightly… Worldwide, pensions are short $70 TRILLION. State, federal and local pensions in the US are $7 trillion short, not counting $50 trillion of unfunded Social Security liabilities. And so far the only solution politicians can think of is more debt.

But as much as Bill would love to see the rich taxed more, he recognizes that you have to be careful.

He understands the rich are the most adept at avoiding taxes. Even when taxes in the US were 70%, the actual collection was only around 40% thanks to deferrals and other maneuvers.

The taxes are so bad, Gates’ wife Melinda says people there tell her they actually wish they had billionaires. I know, it’s a shocking sentiment…

New York City found that out the hard way. We recently explained how it lost billions in tax revenue because rich folks moved.

And we can count Amazon in that category too, thanks to AOC and her band of merry Socialists.

So the government is coming after the richest people… the most mobile people in the history of earth.

Billionaires like Bezos, Musk, and Branson are all competing to get to Mars… And people think they can’t skip town to save a billion in taxes?

This isn’t conjecture or theory. Billions and billions of dollars have exited New York City. Tens of thousands of millionaires have left France.

But this populist, eat-the-rich behavior is a global phenomenon. It forced the richest man in the UK, industrialist Jim Ratcliffe, to flee…

Ratcliffe is moving to Monaco, an international tax haven. And when he gets there, he and two other executives at his chemical company plan to take a £10 billion distribution.

That could save them up to £4 billion in taxes they would owe if the distributions were taken in the UK.

Another Brit, Sir James Dyson, recently moved his vacuum cleaner business to Singapore. As we pointed out just the other day, Singapore is busy attracting wealth, instead of chasing it away.

While Gates correctly identifies that the rich can – and will – leave, his analysis of the situation is still lacking.

Gates thinks the answer is raising more revenue… if they could just design a tax that effectively collects from the rich.

He favors a progressive tax that would tax the top 20% “much higher” than everybody else.

But it only takes a $60,000 income to be in the top 20% of earners in America, according to the Social Security Administration.

It’s not just billionaires who will need to pay higher taxes to fund the current debt, and new programs. Hell, it’s not even just the 1% of earners making over $250,000 a year.

Your average, working-class suburbanite is going to have to chip in too.

But you’re in luck… because on the flipside, it’s not just billionaires who can simply move to avoid higher taxes.

It doesn’t take that much income before you start benefiting from Puerto Rico’s Act 20 4% tax rate.

And then there’s the foreign earned income exclusion. Living abroad, Americans don’t owe taxes on their first $104,100 of income, plus an extra housing exemption.

But the Socialists are so disgusted by other people’s wealth, that they will cut off their nose to spite their face.