Maxine Waters & her involvement in the GameStop Saga 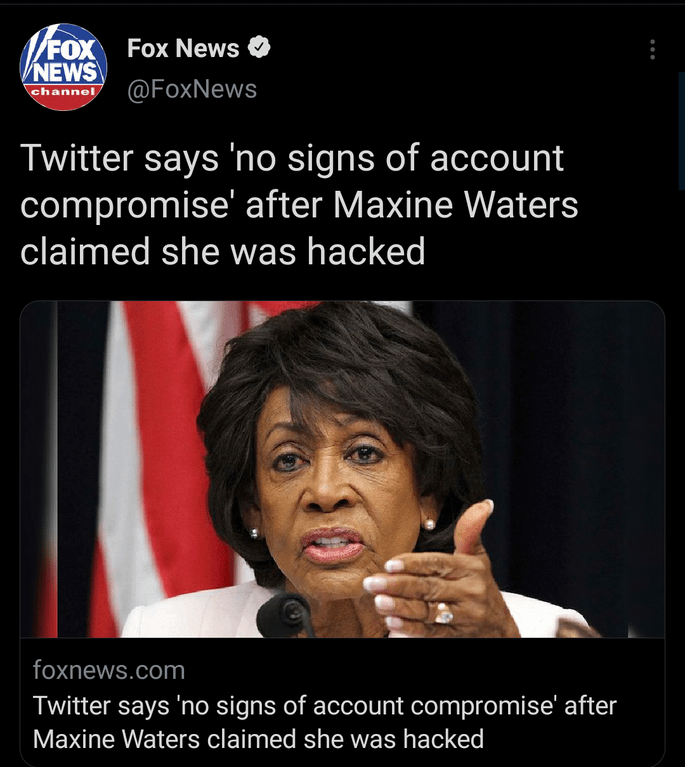 Maxine Waters purchased OneUnited Bank's stock (minority bank) in 2004. Her husband then joined the board. In 2008 she asked the Fed to bail out minority owned banks. OneUnited received $12.1 million in bailout funds. Waters did not disclose her financial ties.

Tenev made a $2,800 contribution to North Carolina Rep. Patrick McHenry, the committee’s top Republican, on Oct. 21, according to Federal Election Commission records viewed by Mediaite. He contributed another $1,200 to Innovation Political Action Committee, a group affiliated with McHenry, in addition to giving $2,800 to WinRed, a fundraising platform connected to the Republican National Committee,

On the same day, he donated $2,800 to People Helping People, a PAC affiliated with Rep. Maxine Waters, the California Democrat who chairs the House Finance Committee. He gave $2,800 directly to Waters’ campaign four days later.

See also  Psaki Caught LAUGHING at Americans Who Struggle To Find Food To Feed Their Families
See also  KARMA: Democrat Governor Caught On Camera Doing The Exact Thing He Said Not To