A poll of 600 physicians by Aimed Alliance, a non-profit that seeks to protect and enhance the rights of health care consumers and providers, found that doctors are so fed up with the constant headaches caused by insurers, that two-thirds would recommend against pursuing a career in medicine, and nearly half (48%) are considering a career change altogether because of the stress.

The survey was conducted on behalf of Aimed Alliance by David Binder Research. 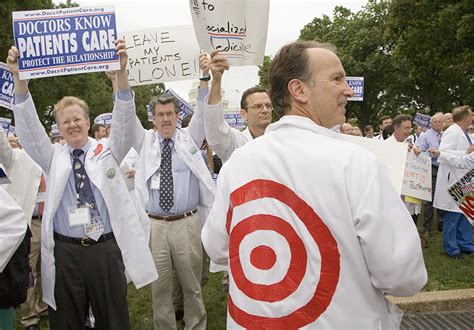 As reported by StudyFinds on January 28, 2019, here are some other findings of the survey:

READ  “Censorship is telling a man he can't have a steak just because a baby can't chew it.” ― Mark Twain

Dr. Shannon Ginnan, medical director of Aimed Alliance, tells StudyFinds: “I can understand why many of the respondents reported that they would not recommend this career to anyone else. As practitioners, much of our time is spent on burdensome paperwork required from health insurers for our services to be paid for. This prevents us from spending as much time on patient care as we would like, and it doesn’t take much for all this paperwork to interfere with the services that we provide.”

READ  Nothing matters most investors says, because the FED

In addition to the harm that insurance policies cause patients in need of care, the doctors also say insurers — more than pharmaceutical companies, government policies, lawsuits, or hospitals — are the major contributors to the rising cost of healthcare.