Ever since the Great Recession of 08-09, we have been inundated with news about the growing gap between the rich and the poor. These narratives have been amplified in recent years by the growing influence of socialism in the Western world. Bernie Sanders – the most popular socialist in the US – has galvanized his supporters by talking about the evil doings (real or imagined) of the top 1%. Unfortunately for his impressionable supporters, Bernie’s understanding of wealth and income inequality is extremely limited.

With all this talk of wealth and income inequality in the past few years, I became increasingly interested in the problem myself. To gain a better understanding of the subject, I read a book called The Great Leveler by Walter Scheidel. In this book, Scheidel takes the reader through a long history of inequality from the stone age to the modern era. He starts by examining inequality in groups of primates to show that hierarchy is deeply engrained within our genetic code.

Then Scheidel moves on to hunter-gatherer cultures to show that inequality was not very pronounced in the early days of our evolution but still present. Once human beings formed into civilizations about 20,000 years ago, inequality became rampant, and it has stayed that way up until this moment in time.

Although wealth and income inequality does shift from more unequal to less unequal and vice versa, it tends toward the Pareto Distribution, where a small group of people accumulate a very large portion of wealth. Bernie and other Marxists/Socialists/Communists would have you believe that wealth/income inequality is one of the most serious problems we face as a society. However, the leveling events are usually far more catastrophic than the inequality itself.

Let’s look at inequality in Europe over the past two millennia. We can see that the catalysts for reducing wealth/income inequality were the fall of the Roman Empire coupled with a plague, the Black Death plague in the 1400’s and then the Great Depression in the early 20th century.

See also  CNN On Rising Prices: “Price Of Just About Everything Is Going Up,” “Worst It’s Been In A Long Time”
See also  Nancy Pelosi has seen her wealth increase to nearly $115 million from $41 million in 2004... 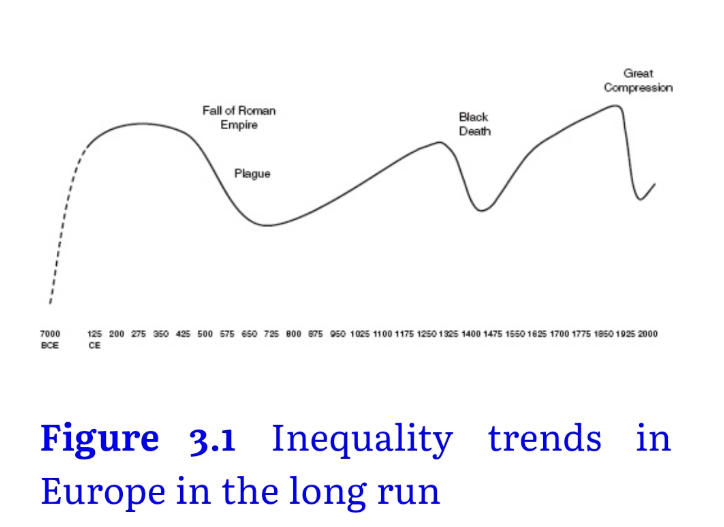 We can see a similar theme for Latin America. During the expansion of empires and strong economic development, inequality rose. During wars and population decreases, inequality fell. 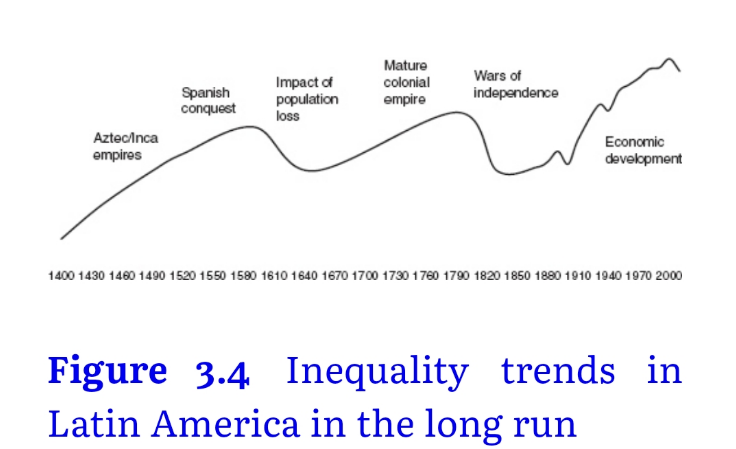 The US is no different. During the United States’ wars, inequality either fell or went sideways. The compounding effects of WWI, the Great Depression and WWII, led to the largest reduction of wealth/income inequality in US history.

The most intense example of inequality reduction can be found in WWII era Japan. Japan took a huge risk during WWII and the consequences were dire. The allies relentlessly bombed Japan until the US eventually dropped two nukes on Hiroshima and Nagasaki. This eventually led to Japan being conquered by the US. During the US’s assault, wealth was destroyed at an incredibly fast rate, which led to Japanese citizens becoming more equal.