ICE ERO conducted 143,470 overall administrative arrests, which is the highest number of administrative arrests over the past three fiscal years. Of these arrests, 92 percent had a criminal conviction, a pending criminal charge, were an ICE fugitive or were processed with a reinstated final order. In FY2017, ICE conducted 226,119 removals. While this is a slight overall decrease from the prior fiscal year, the proportion of removals resulting from ICE arrests increased from 65,332, or 27 percent of total removals in FY2016 to 81,603, or 36 percent of total removals, in FY2017.  These results clearly demonstrate profound, positive impact of the EO. The 17 percent decrease in border removals shows the deterrent effect of strong interior enforcement, while the increase in interior removals restores the integrity of our nation’s immigration system and enhances the safety and security of the United States.

www.ice.gov/removal-statistics/2017
ERO = Enforcement and Removal Operations, if anyone is wondering.
I always love people who claim it’s racist to build a wall on one border but not the other.
Gee, why would we only be worried about one border… 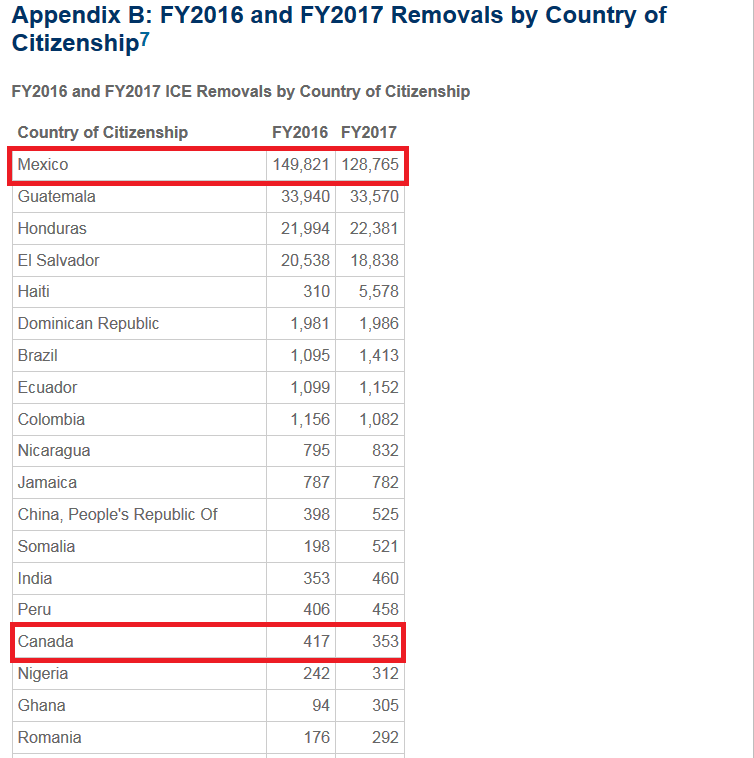