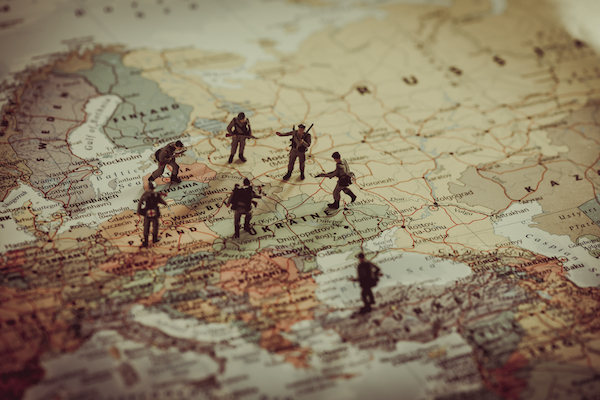 International Man: What’s your take on the situation with Russia, and what comes next?

Nick Giambruno: Let me first say as an American citizen, I don’t think the US should be a global empire. If it were up to me, I’d make the US more like how Switzerland used to be—neutral and staying out of the conflicts of other nations. Sadly, Switzerland has shed most of its independence over the years, but that’s a story for another day.

Anyways, be that as it may, if you are inclined to want the US government to rule the world, you have to look at the other big powers in the world—Russia and China. So, logically you wouldn’t want Russia and China to team up. You’d want to split them apart. It’s just basic strategy.

Nonetheless, the folks in charge of the US government are bungling this basic geopolitical strategy. Instead, they are causing Russia and China to get together in an alliance against the United States.

If Russia and China come together, you have a credible challenger to the US empire. That’s a historical development that changes the whole geopolitical game, and I think that’s what we’re seeing right before our eyes. That, of course, has enormous implications, including for your portfolio.

International Man: What do these sanctions against Russia mean for the US dollar’s role as the world’s reserve currency?

Nick Giambruno: Before I get into that, allow me to make one point clear.

The notion that a group of politicians can tell you with whom you can and cannot transact is absurd. Free men should be able to conduct business with whomever they like without busybodies interfering.

If you want to purchase a Cuban cigar, Cuban rum, or Russian vodka, who is anyone to tell you that’s forbidden?

So I reject the concept of sanctions. But, of course, I understand they are a practical reality and wouldn’t advise anyone to openly break them unless they prefer to become an outlaw or a martyr.

The US government has gone overboard with the sanctions. They can wield this financial weapon because the US dollar is the world’s reserve currency. That means they can cut them off from the US financial system and a large portion of international trade at the push of a button.

Sanctions are like an “easy button” to cause economic pain to coerce another country into behaving a certain way. It’s an expedient option but not one that has been thought out well.

Remember, Russia is not a tiny, feeble country that can’t punch back.

Russia is the world’s largest exporter of natural gas, lumber, wheat, fertilizer, and palladium (a crucial component in cars).

Russia is a major producer and processor of uranium for nuclear power plants. Enriched uranium from Russia and its allies provides electricity to 20% of the homes in the US.

Aside from China, Russia produces more gold than any other country, accounting for more than 10% of global production.

These are just a handful of examples. There are many strategic commodities that Russia dominates.

In short, Russia is not just an oil and gas powerhouse but a commodity powerhouse.

Taking Russian commodities off of global markets would cause an across-the-board price shock that would decimate financial markets, banks, and practically every industry.

That’s one reason why the US government’s Russia sanctions are shortsighted.

Another reason is that it only makes sense to use sanctions to the extent it doesn’t incentivize the other big powers in the world to create alternative financial institutions. But that is precisely what is happening, and it’s undermining the US dollar’s role as the world’s reserve currency.

Although they are often the most opportunistic and unprincipled people, those in charge of the US government are not necessarily the smartest. If they were competent geopolitical strategists that wanted to maintain American hegemony, they would not be doing such counterproductive things.

In short, they have the big picture strategy backward.

China will be the bigger challenger to the US soon. So it would make much more geopolitical sense to ally with Russia to knock China down a peg or two.

I am, of course, not advocating this but simply pointing out the basic strategy and power dynamics at play and how the US government is fumbling it.

In any case, splitting Russia off from China is improbable to happen now. That means we will see Russia and China team up to form a credible geopolitical, economic, and financial partnership to the detriment of the US.

I don’t like the game of global empire. I don’t like other countries dominating others and all the wars it causes. However, you have to understand how the power structures of the world work so you can make the right investment decisions.

International Man: Given that big picture backdrop, How can our readers position themselves to profit?

The US government is bungling the geopolitical strategy on several levels. It will foster the partnership of Russia and China, which can act as a counterweight to the US. They are creating an alternative monetary and economic system outside of the dollar that billions of people worldwide could use.

It’s a nightmare scenario for US strategists unfolding right now.

With Russia and China teamed up economically and militarily, what you have is not just a credible challenge to the US. You have something that could be more powerful than the West.

That will have enormous implications for the stock market, the US dollar, the euro, and monetary alternatives such as gold, silver, and Bitcoin.

I don’t think financial markets have priced in the implications of the US screwing up the big picture geopolitical strategy. In other words, there is an enormous information asymmetry in the market.

But that’s actually a good thing. If the market had priced this in, there wouldn’t be an opportunity for astute investors who can see the true big picture and know how to position themselves for big profits as this all plays out.