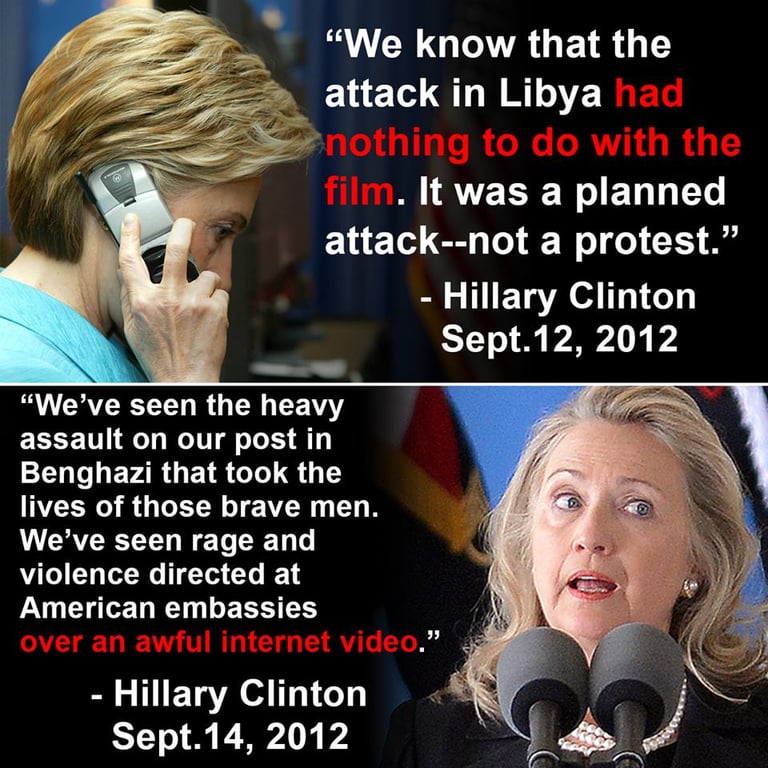 Silencing comes a long way with politicians such as Hillary. This shouldn’t be overlooked.

Testifying to a congressional investigating committee about the assassination of Chris Stevens and three Americans at the embassy in Libya, Hillary Clinton proved herself to be a pathological liar and sociopath who couldn’t care less that her actions not only led to the death of an American ambassador, but deceived the American people.  Emails recovered from the server she attempted to wipe proved that Stevens sent her hundreds of emails begging for more security that she ignored.  She claimed she never saw them but that underlings handled them, just as she sent an email informing her daughter the night Stevens was killed that it was Al-Qaeda, but two days later told the public it was a random riot due to a YouTube video no one had seen.

Obama, Clinton, and Rice stand convicted of selling a lie to the public to cover their betrayal of Steven’s trust and security of a U.S. Embassy.  Liberal media have swept the entire incident under the rug, p*ssing on the graves of four patriotic Americans who Obama made sacrificial goats to Muslim Brotherhood jihadis.  Democrats on the committee did their utmost to sabotage the proceedings, as did John Boehner’s first choice to replace him as Speaker.  When questioned about Benghazi, Americans who don’t watch FOX News, typical of the breed, responded, “Who’s he?”