NEW YORK—The Federal Reserve Bank of New York’s Center for Microeconomic Data today issued its Quarterly Report on Household Debt and Credit,, which shows that total household debt increased by $63 billion (0.5%) to $13.21 trillion in the first quarter of 2018. It was the 15th consecutive quarter with an increase, and the total is now $536 billion higher than the previous peak of $12.68 trillion, from the third quarter of 2008. Further, overall household debt is now 18.5% above the post-financial-crisis trough reached during the second quarter of 2013. The Report is based on data from the New York Fed’s Consumer Credit Panel, a nationally representative sample of individual- and household-level debt and credit records drawn from anonymized Equifax credit data. Read more

As a result of the housing and mortgage crisis of the Great Recession, economists have been paying more attention to the liabilities portion of household balance sheets. Among the New York Federal Reserve Board’s many economic reports is the Household Debt and Credit report, which is released quarterly with data going back to 2003.

Data is collected through the NY Fed’s Consumer Credit Panel which is constructed from a nationally representative random sample of Equifax credit report data resulting in a sample size of over 40 million individuals quarterly. Here is some background on the report from the NY Fed:

The large increases in consumer debt and defaults—of mortgage debt in particular—during the Great Recession highlighted the importance of understanding the liabilities reflected on household balance sheets. To that end, one of the CMD’s large data collection projects is the New York Fed Consumer Credit Panel, which is constructed from a nationally representative random sample of Equifax credit report data. Analysis of this data set is regularly reported in the CMD’s Quarterly Report on Household Debt and Credit. The data set can be used to calculate national and regional aggregate measures of individual- and household-level credit balances, and delinquencies by product type. The Consumer Credit Panel also provides new insights into the extent and nature of heterogeneity of debt and delinquencies across individuals and households.

The chart below shows total debt balance nation-wide by composition in trillions of dollars. The current total is $13.21T, well exceeding the 2008 peak. 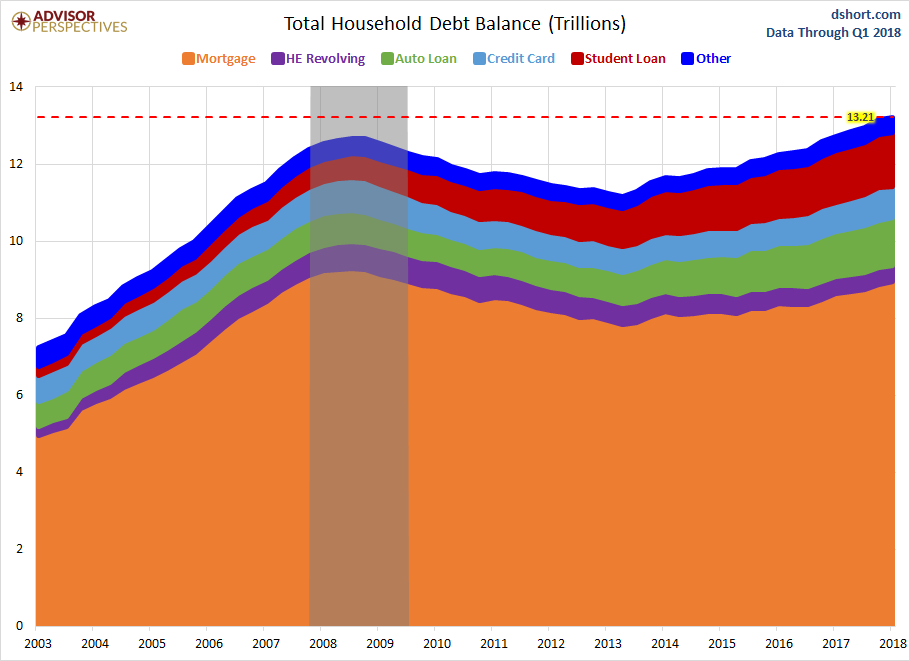 The next chart drills down into student loan debt and auto loans. It’s no surprise the Student Loans have been on the rise. 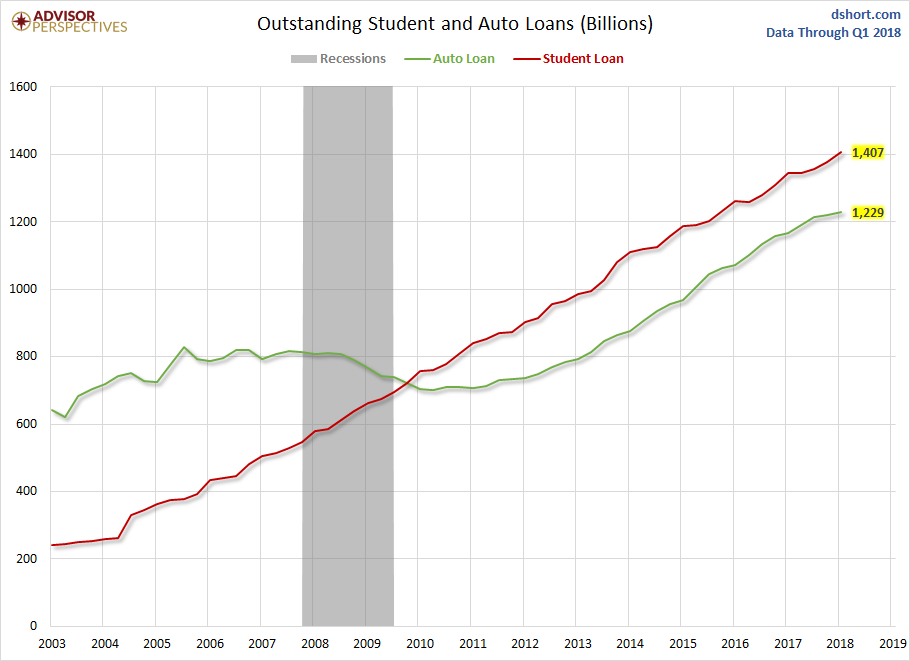 Here is a third chart including GDP for reference. 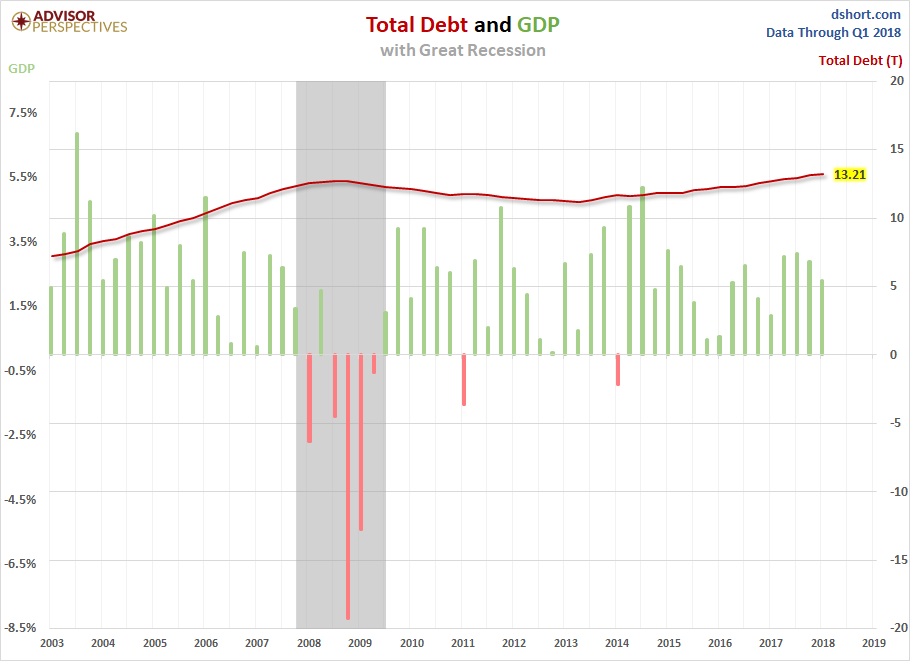