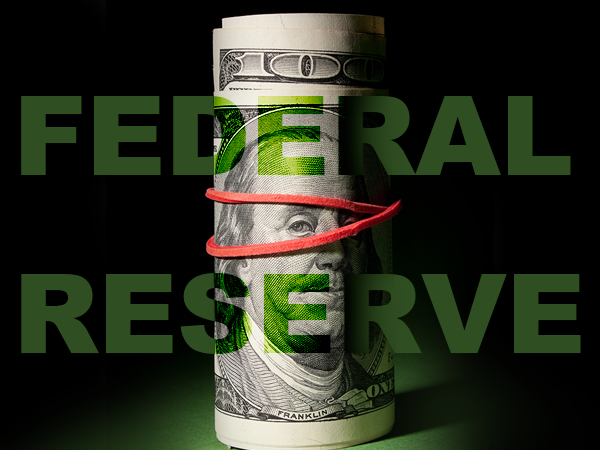 For the last 12 months, the Dow Jones Industrial Average can’t decide what direction it wants to go in.

In fact, on August 22, it lost almost 1,000 points overall since hitting a record high on July 29. And the S&P 500 isn’t performing much differently, showing similar “wild” volatility over the same 12-month period.

But according to what White House trade adviser Peter Navarro said to ABC News, quoted in MarketWatch, everything is just fine (emphasis ours):

However, if you look a little deeper, it seems like a strong economy and bull market may require intervention from the Fed in order to happen. According to Sven Henrich, without the Fed’s help the U.S. would already be heading for a recession:

… he warns that, without the steady injections from central banks, a global recession would already be here, with a U.S. recession not far behind.

Henrich thinks the “certainty” expressed by Peter Navarro and others boils down to one idea … confidence:

And hence confidence must be maintained under all circumstances. This has been the game for 10 years and hence any market drops that would add pressure to confidence must be averted. You really think it’s an accident we see intervention always at the point of serious trouble?

To further prove his point, Henrich showed how the S&P 500 seems to react favorably when the Fed intervenes in a controversial chart from his website:

Of course, it remains to be seen if this interesting pattern holds up. But if the Fed doesn’t intervene in September, would this growth continue? And more importantly, what will happen if they don’t intervene?

Fed Cut Rates in September Up For Debate

Will the Fed cut rates next month? Short answer: They haven’t made up their mind yet. The longer answer starts with the Fed calling their most recent rate cut of 25 basis points a “recalibration,” according to CNBC:

Fed minutes from the meeting also say ‘most participants’ saw the cut ‘as part of a recalibration’ in response to changing conditions.

A couple of participants actually wanted an even deeper rate cut of 50 basis points, according to the official meeting minutes.

But more importantly, the Fed indicated that their most recent rate cut should not be interpreted as the starting point for a longer series of rate cuts:

Federal Reserve officials who voted to lower interest rates three weeks ago agreed that the move shouldn’t be viewed as an indication that there is a ‘pre-set course’ for future cuts, according to meeting minutes released Wednesday.

So there’s no general idea on where the Fed stands on intervening next month. And to add even more uncertainty to the mix, Kansas City Fed President Esther George said the recent rate cut wasn’t even necessary:

So much for Fed consensus. Whether the Fed cuts rates again in September (or through 2020) and remains with “accommodative monetary policy” will remain to be seen. This means there’s no telling whether the “strong economy” will proceed as Navarro stated.

Don’t Depend on the Federal Reserve

We don’t know how the Fed’s next FOMC meeting will turn out, but you definitely don’t want to wait until they make up their mind to start protecting your retirement savings.

Now is a good time to examine your retirement portfolio and consider how you can add security to it. You can do this by diversifying your portfolio with different asset and risk classes such as physical gold and silver.

Adding precious metals like gold and silver to your portfolio can provide security to your retirement plan and allow you to have control of your money while the Fed continues to debate their next move.