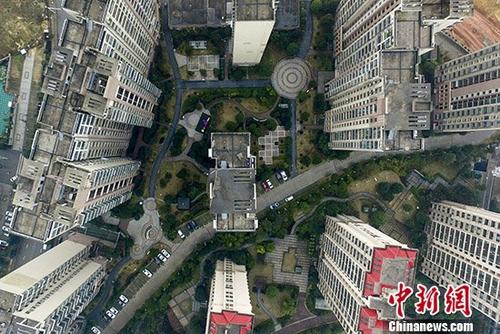 I can explain in brief and broad terms but I’d suggest reading up on somewhere like BBC, the Economist, etc for better info. (I’ll try to link to the articles where I’m pulling numbers)
forbes A lot of the Chinese debt problem is household debt. Now debt is not the issue. Household debt in China is at 53.2% of GDP by October 2017, Japan is at 79.5% and the US at 62.5%. The Chinese household debt-to-disposable income ratio is catching up to developed country levels, having reached 68.3% by the end of 2016.
Now the issue is what is this debt in and is the debt a negative or a positive. Debt is not always a bad thing, as going into debt to buy a car so you can get to you 100K a year job is good debt, it helps you make money. Most household debt is in mortgages, which tend to be a non-risky investment, aka good debt. But that is only true if the house holds it’s value. See 2008 housing crisis in the US. People went into debt on houses that they couldn’t afford and when the market started to readjust housing prices down a lot of people who were betting on a selling their house for a profit in a year or two lost out big. US Banks were super exposed to this (which caused the biggest issues) as well but I won’t get into that in detail.
The main issue was that many Americans lost a lot of money on overvalued properties, and many went bust and saddled the Banks with now worthless properties that they couldn’t get rid of. This freezes the movement of capital (money) as now (for a simple example) instead of having 50 billion in cash you know have 50 billion “worth” of houses you can’t sell. This means you cannot give out new loans, or may even run out of liquid capital and you go bust. To stop this from happening you start to hoard cash to pay your debts and the other Banks that rely on the free exchange of capital go bankrupt which destroys the entire system.
Think of it like if 5 people all made 20 dollars a day, and you all loan each other money when you want to buy something. So when you need 40 dollars to pay for something you just ask one of the other 4 for 20 bucks and that you will pay them 25 tomorrow. You get the thing which will pay you back 10 bucks a week from now aka good investment, but now you owe 25 to your friend but you only have 20. So you borrow 5 more from someone else and say you will give them 7 tomorrow. Great! Everyone wins as next week you will get an extra 10 bucks which cost you 7, for a net gain of 3. All this happened because capital was free flowing.
Now if you borrowed that 10 bucks and then everyone gets in a bind and refuses to loan you any money you are screwed. You thought the money would flow and we would all win but when you ask around, no one will give you a cent. Now you owe 25 but have only 20, you go bust and bankrupt with your assets being sold to cover the 5 you owe. Now there are 4 people and they all still owe money and you can see how this can bring almost everyone down as they all planned on being able to borrow money at any time.
This was 2008 in the US. (Sorry guess I went into detail) The overexposed banks stopped lending money to each other and the ones that had debt due soon were in a bad place. The US gov and the Banks met on a Friday and basically it was clear without $$$ from the US gov coming in as a new lender they were looking at a collapse of the whole US banking system. So the US came in and loaned 100s of billions to the banks to help keep the cash moving. And like I said above they did have cash coming in so they all paid the US gov back…but they never should have made such risky loans. When a ton of people stopped paying their mortgages the banks didn’t have the short term capital to cover themselves…and sense all of them were in this situation they stopped loaning money out to the most exposed banks.
Okay now you think, well that is the US, what about China?
Well even with the overvalued US market US property has value. Sure that house that sold for 500K in 2007 is now worth 300K but it still valuable. The Bank can make some money back because the market will recover. Also people live in their houses in the US, so even when people were making bad choices the majority were not buying 3-4 houses in the hopes of making a profit.
Well in China they have had to pass laws to stop people from buying more then 2-3 apartments. It’s scary…but this is happening because property is seen as one of the “safest” long term investments. But when hundred of millions of people buy 2-5 apts then…you have a really big issue. It should also be said that Chinese apts are often unfinished aka a concrete box in the sky. They are actually more valuable that way because people want to have their own place the way they want it and will tear out near everything when they move in/out.
Link Now here are the scary numbers…

The average new home price in 70 major cities climbed an annual 9.2 percent in August, up from 7.9 percent in July, according to data from China’s National Bureau of Statistics.
Four Chinese cities have announced new restrictions on property purchases as the government tries to cool soaring home prices stoked by property speculators in second- and third-tier cities across the country.

Emphasis on NEW restrictions. The Chinese Gov. has already passed a number of laws to stop people from buying new property but it has not worked well. Why? Because they are in a horrible position. They both need to get people to stop buying property while also ensuring that housing prices increase. Why? Because if 300+ million people suddenly loose a ton of money on their apts then you have a lot of angry people who will want governmental change. After all man in early 90s was very right when he said “it’s the economy stupid”, when people make money they are happy, when they lose it…not so much.
And then you have the effect on the Chinese Banking system. Imagine what happened in the US happening in China…but where their are way way more empty properties that won’t go from 500K to 300K but from 500K to 10K or less. After all they are not well made concrete boxes in the sky. They don’t really have a high intrinsic value, especially when 100-500 million properties suddenly become open for sale.

In Chengdu, the capital of southwest Sichuan province, prospective buyers will only be allowed to purchase one property in certain city districts, and those buying their second property will need to place a down payment of no less than 40 percent of the purchase price, the local government said.

They are trying to ensure that the banks are not over exposed…but even with 40% in cash if a crash comes who knows if that will be enough.

The eastern city of Jinan said on Sunday that residents who already owned three properties could not buy more and increased down payment requirements for those buying their first home to 30 percent from 20 percent, among other measures
Residents of certain parts of the city of Wuhan, in the central province of Hubei, would be required from Monday to make a minimum down payment of 50 percent to qualify for a commercial loan to buy a second home or 25 percent for a first home, according to an announcement on a city government website. No loans would be given to residents for third homes.
Home prices in at least one district in Zhengzhou, which became a symbol of China’s property excesses because of rows of empty housing developments, have risen two-thirds this year to 25,000 yuan ($3,747.56) per square meter on average, a sales manager told Reuters on a recent visit to the city.

So TLDR: Imagine 2008 US but where people owned 2-3+ houses each because they are betting on a market that sees price increases year after year even though there are huge empty buildings full of people’s 2nd or 3rd apt…but no one lives there.
The Chinese gov will do anything to stop a crash, but only time will tell what will happen.
Hope that helps! I love econ and this kind of stuff, even though it is real scary.