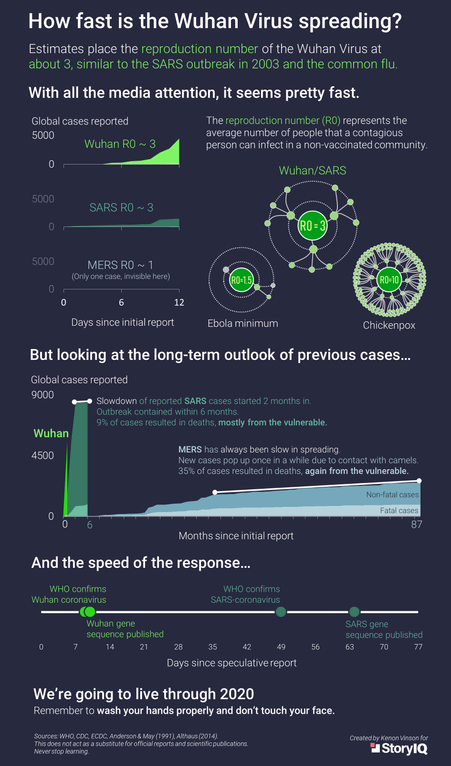 The information presented here was gathered from disease outbreak news reports from WHO, ECDC and CDC numbers for the current Wuhan coronavirus, and various news outlets when the Wuhan virus initially broke out. Stuff about the R0 was taken from publications by Althaus (2014), “Estimating the Reproduction Number of Ebola Virus (EBOV) During the 2014 Outbreak in West Africa”, as well as Anderson & May (1991), “Infectious diseases of humans”.

The tools used for all visuals here were Microsoft Excel and Powerpoint.