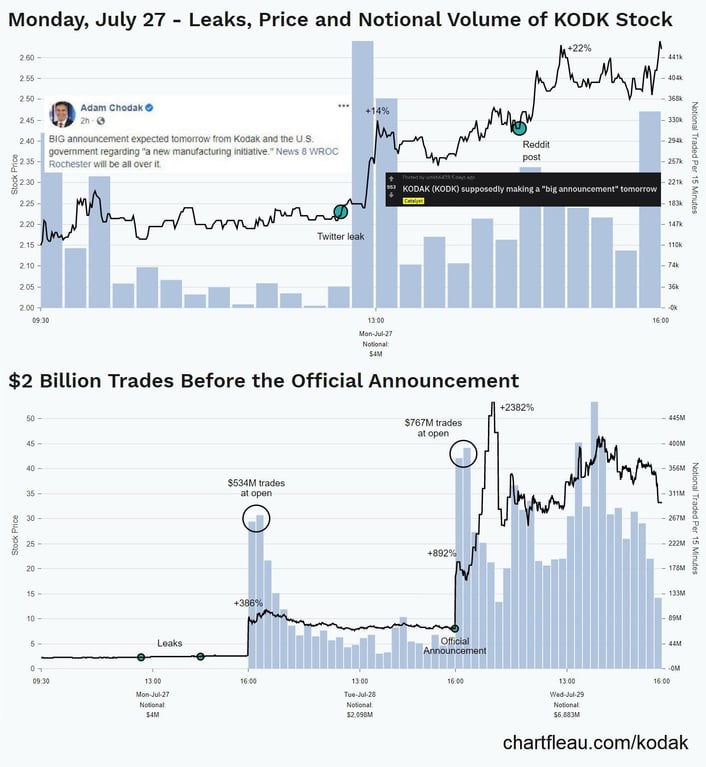 On Monday, July 27, a local news affiliate in Rochester, NY (home of Kodak HQ) tweeted that a “BIG announcement” was coming concerning a deal between Kodak and the federal government. This set off a week of unprecedented trading activity in the company’s stock (KODK).

In the first chart I’ve highlighted when this information was initially leaked on Twitter, and when it was posted on Reddit later that afternoon. The lower chart shows that compared with the next couple days, Monday’s activity is pretty much invisible. While the $4 million traded on Monday was a lot for KODK, the next day we see $2 billion flood into the company ahead of the official announcement at the end of day.

lol they are just admitting it now