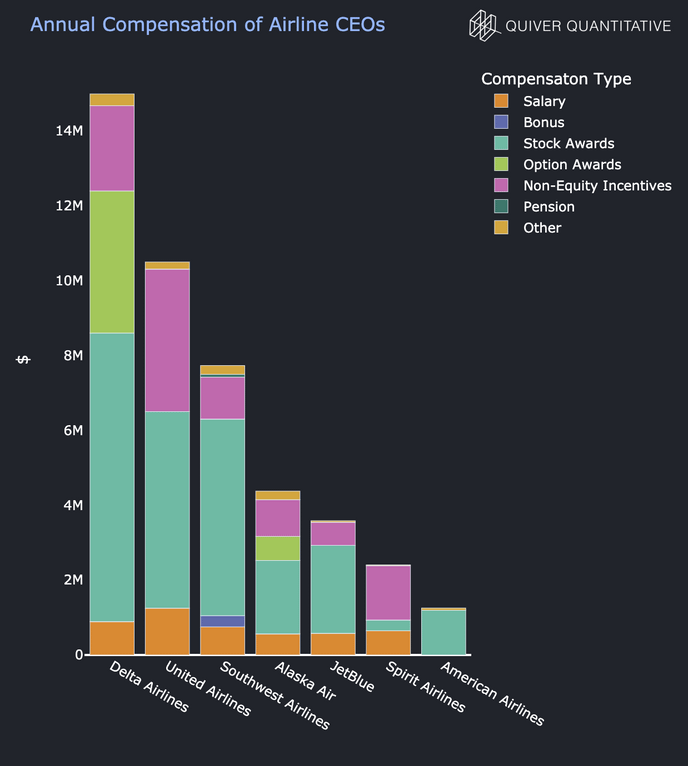 Airlines received huge bailouts early this year intended to subsidize employee wages, which was the motivation for this dashboard.

I built this interactive dashboard tracking CEO compensation, where you can find data on executive compensation from almost every publicly traded company.

I was surprised to find such a small correlation between CEO compensation and stock performance, especially considering that many CEOs’ compensation packages are directly tied to stock returns.

It was also interesting to see that Elon Musk received almost 10x more compensation than any other Russell 3000 CEO last year, primarily due to the large performance incentives included in his contract. Here’s a good explanation on how his compensation package is structured.